The blue-eyed Italian actor famous for his steely look became well-known after playing the leading role in Django in 1966. Sergio Corbucci’s Italowestern is a real cult classic: several unoffi cial and official sequels of Django have been produced and it inspired directors such as Quentin Tarantino. In his Django Unchained directed by Tarantino, featuring Leonardo DiCaprio, Christoph Waltz and Jamie Foxx, the legendary Nero appears in a cameo role. In 1967 Nero played the legendary Lancelot Du Lac in Camelot. This is his fi rst movie with Vanessa Redgrave, who he fell in love with and had a child shortly after. Franco Nero married the Academy Award winning actress in 2006. Hundreds of thousands remember Damiano Damiani’s mafi a movies from the 1970s like Confessions of a Police Captain or How to Kill a Judge. Similarly well-known is Keoma by Enzo G. Castellari, The Day of the Owl (in which Nero plays with Claudia Cardinale, our Lifetime Achievement Award recipient of 2015) or Querelle and Tristana by Rainer Werner Fassbinder and Luis Buñuel. We should not forget about The Conquest and Sacra Co-rona by Gábor Koltay or Die Hard 2 in which he played the main antagonist with Bruce Willis. In 2005 Nero made his directorial debut with Forever Blues and in 2008 he played the leading role in Tamás Almási’s Mario, the Magician. In 2017 he played Julius in John Wick: Chapter 2. Franco Nero played in more than 200 fi lms so far. 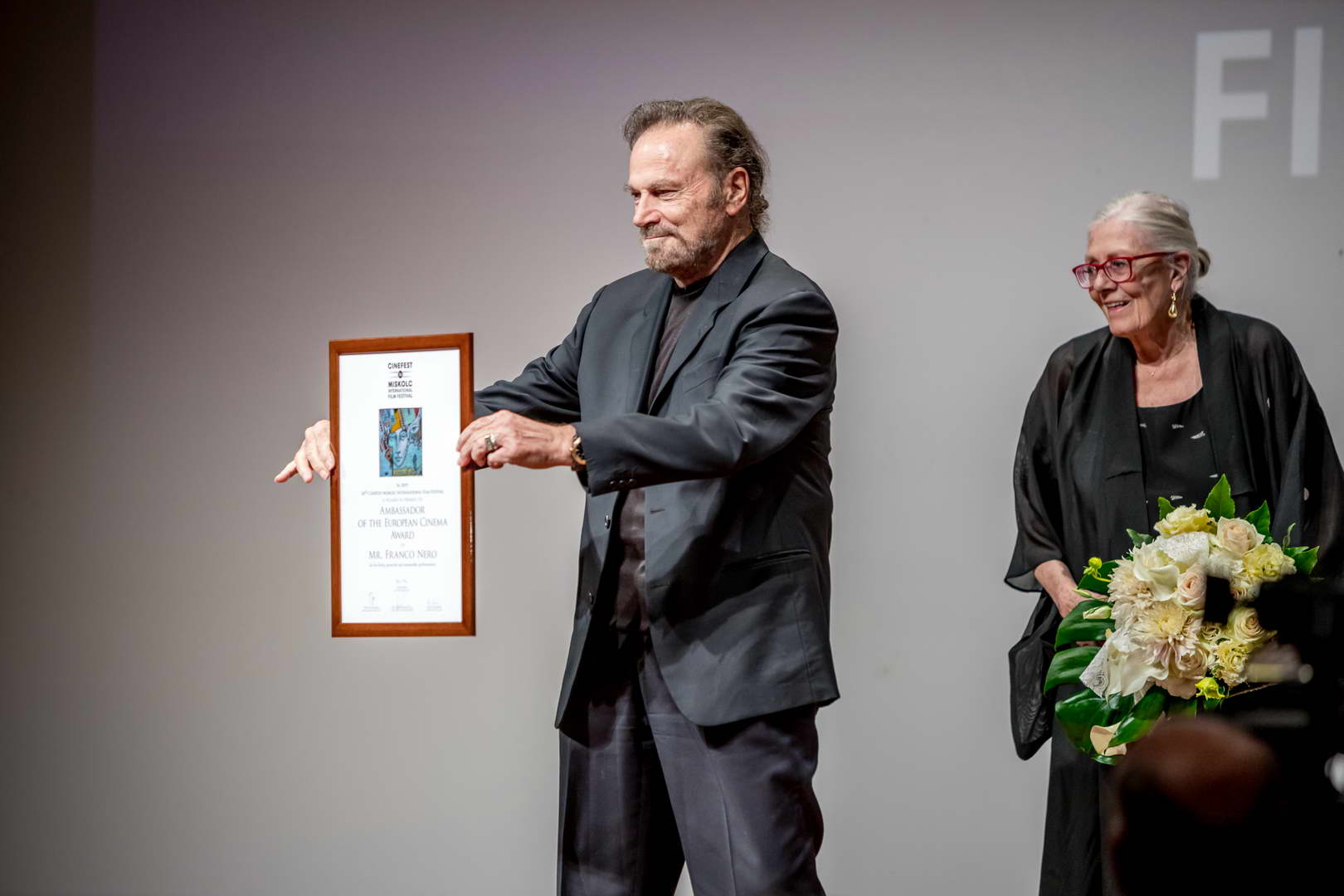