According to Tennessee Williams Vanessa Redgrave is “the greatest living actress of our time”. Only superlatives do justice to the Oscar, Golden Globe, two Emmy and a Tony Awards winner actress who has also won the Cannes Film Festival Award for Best Actress, the Screen Actors Guild Award and a BAFTA TV Award – to name only the most important awards she has been given. She was nominated for the Academy Award six times and during her career she has worked with legendary directors, such as Tony Richardson, James Ivory, Karel Reisz, Fred Zinnemann, Joe Wright, Sidney Lumet, Richard Attenborough and Michelangelo Antonioni. She reigns as a queen both on stage and in screen. As a member of the theatrical Redgrave-family (her father was the great actor, Sir Michael Redgrave) she settled on acting at an early age. The UNICEF Goodwill Ambassador was unforgettable in the role of Isadora Duncan just like in other fi lms like Julia, Oh! What a Lovely War, Murder on the Orient Express, Mission Impossible and Howards End – to point out only a few of the hundreds of roles she has played so far.

VANESSA REDGRAVE AND FRANCO NERO RECEIVE THE FESTIVAL’S AMBASSADOR OF EUROPEAN CINEMA AWARD ON 19 SEPTEMBER AT 6:30 PM IN THE PRESSBURGER ROOM OF HOUSE OF ARTS. 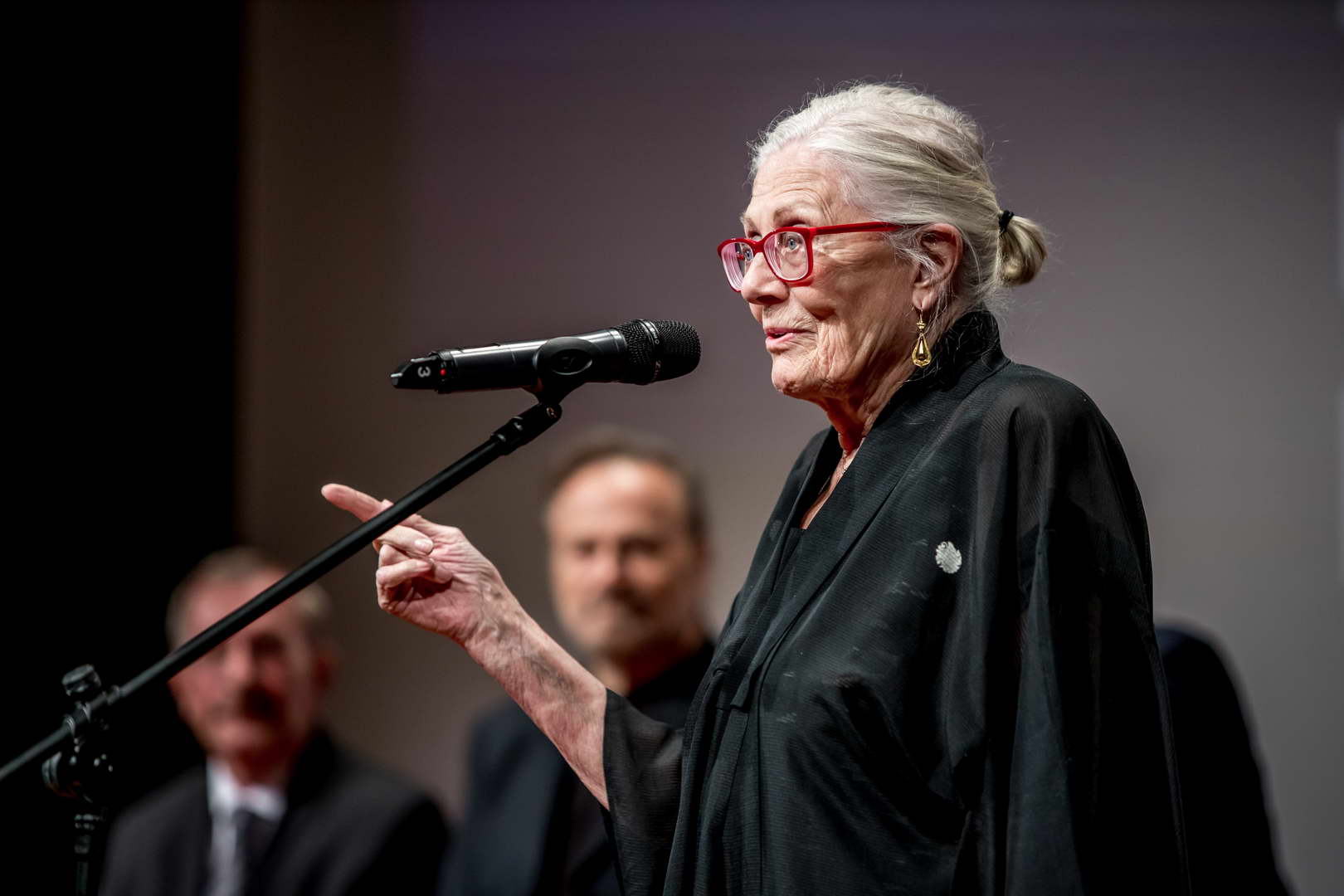