Praxedis Bouwman Praxedis Bouwman (*1968) is originally a graduated radio journalist, working in the Netherlands and later in Curaçao. Back in the Netherlands she established her own company and focused more and more on worldview and religion. From 2000 Praxedis became active in the Evangelical-Lutheran Church in the Kingdom of the Netherlands and was elected president of KALME (Communication Committee of Lutheran Minority Churches in Europe, network program of the Lutheran World Federation, www.kalme.net). Between 2007 and 2013 she studied religious communication and media and became a member and president of the steering committee of the WACC Europe (World Association for Christian Communication) and the vice president of WACC Global. In 2014 she has been awarded an honorary doctorate degree by the Academy of Ecumenical Indian Theology and Church Administration, which cited her “national and international inter-denominational and ecumenical leadership”. 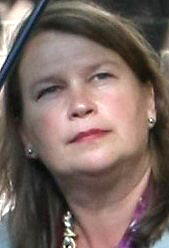