2022. September 13. Tuesday 17:54
“The greatest film composer ever” – that’s how the world-famous composer of the Star Wars films, John Williams, praised Miklós Rózsa, who has died at the age of eighty-eight. Miklós Rózsa was the composer of nearly 100 feature films, including Ben-Hur, The Thief of Baghdad and The Jungle Book. He has been nominated for the Academy Award 17 times in his career, winning three gold statues. Two books about his life have recently been published and are now available to the CineFest audience.

His autobiography, Double Life, is an emotional, entertaining and gritty confession, written with Hungarian humor, which is finally available in Hungarian forty years after its first publication. The present volume coincides with the publication of Gergely Hubai’s massive work of collecting, organizing and expertly researching the music of Miklós Rózsa. Hubai’s book places the complete work of one of the most successful Hungarian composers in Hollywood in an exciting historical context, while also clarifying the inaccuracies of the composer’s autobiography.

The autobiographies of the two Hungarian founders of Hollywoood, Adolf Zukor and William Fox, have also been published in the book series “Hungarians in Hollywood” by FilmHungary. The new two-volume edition of the series on Miklós Rózsa aims to introduce the Hungarian public and the Hungarian film enthusiast to another iconic Hungarian filmmaker in film history.

Miklós Rózsa’s testimony, inscribed on his memorial plaque in Nagylóc, is a faithful reflection of the importance and power of his origins and roots: “This is where my music began… the stamp of Hungarian music is invisible but inerasable on every note I ever put on paper.”

The book launch on 16 September 16:00 in the Béke screening room will be attended by Dr. Tamás Kollarik and Dr. Sándor Takó, the creators and editors of the Hungarians in Hollywood book series, and Gergely Hubai, author of Music: Miklós Rózsa. The discussion will be moderated by Dr. Péter Muszatics, curator of CineClassics and author of Vienna, Budapest, Hollywood. 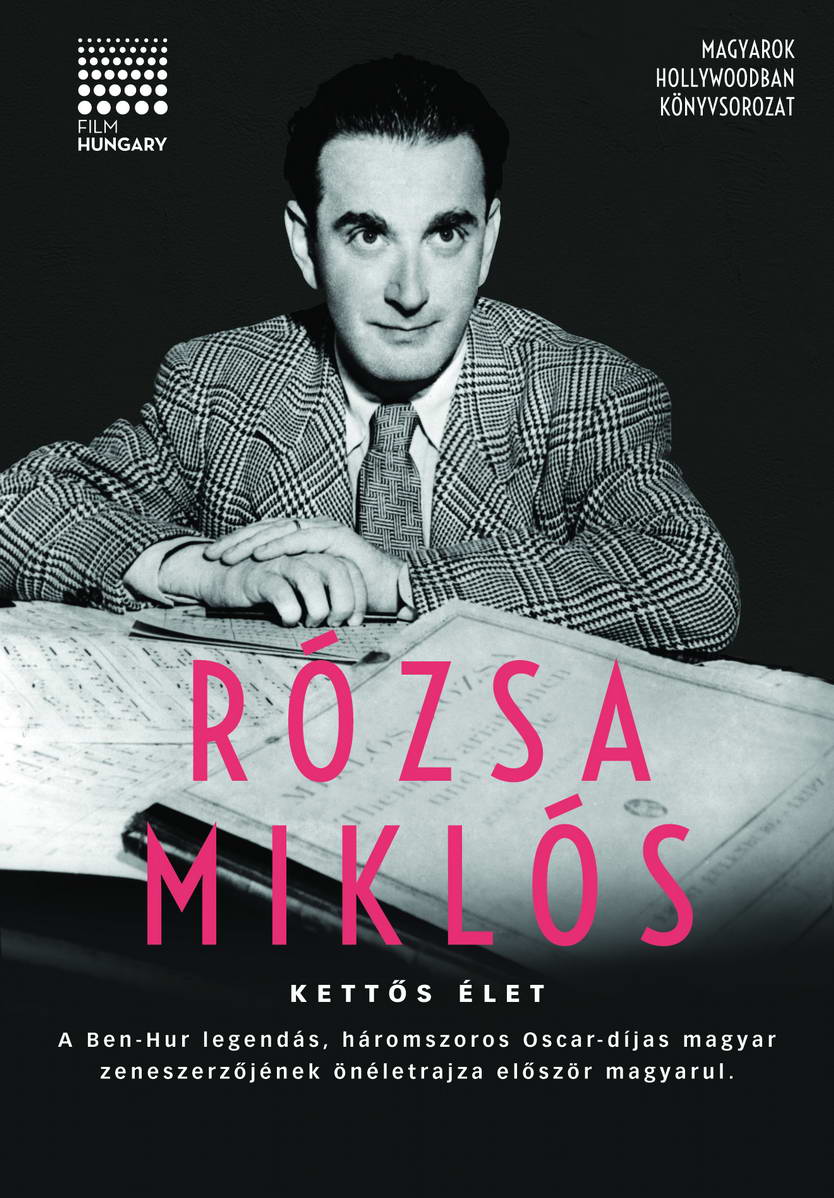