2022. September 13. Tuesday 10:03
Another Hungarian film premiere, a hilarious comedy with Hungarian stars (Riviera East) and the Cannes Best Screenplay winner Boy from Heaven, screened in the presence of the director, are the highlights of Tuesday.

Writer-director Robert Machoian’s new film, The Integrity of Joseph Chambers, a peculiar, atmospheric drama that was recently shown at the Tribeca Film Festival in the US, is now in the competition program of Cinefest. Machoian deftly delivers the chills in carefully measured doses. The narrative, sparse on dialogue and long on dread, impressively reveals the emotions of the title character as he sets out on a hunt. The viewer quickly becomes a committed observer of a grim moral fable. Tickets for the screening (which is also the last screening of the film at the festival) are available for 650 HUF and should be purchased in advance.

Documentarian Mark Cousins embarks on a 1000 km road trip from London to Cannes to film and interview the UK producer- film maker, Oscar winning – Jeremy Thomas. Each year for the last 45 years Jeremy Thomas has made this annual pilgrimage to the Cannes film festival (the first one with his film director Father). This off-beat grand tour will take in landmarks and people connected to the producer’s films and life. From Locations in Paris used in Bertolucci’s “The Dreamers”; onto Lyon, the birthplace of cinema, and finally onto the Cannes film festival. We celebrate the high profile collaborations Jeremy has made with many auteur international directors on films such as Dogman, Crash, The Last Emperor, Merry Christmas Mr. Lawrence and many more. The Storms of Jeremy Thomas in the CineDocs competition program is an insider’s portrait of a behind-the-scenes journey that will surprise even the most avid film fans. Tickets for the screening (which is also the last screening of the film at the festival) are available for 650 HUF and should be purchased in advance.

Directors Dániel Tiszeker and Balázs Lévai’s film Riviera East, which is part of the feature competition program, takes us back to the 1980s. The comedy’s protagonist, a skillful car mechanic (Máté Mészáros) from Veszprém, has his family holiday thwarted when one of his children’s passports is refused for “security reasons”. However, the man does not let the summer go to waste and, on a whim, borrows the car of a Hungarian dissident. As it happens, the family wants to enjoy the ultimate luxury on Lake Balaton, so instead of Hungarians heading west, they play the part of tourists from the west. But there is one small flaw in the plan: as foreigners, they will be observed by the state security. The screening will be followed by an audience meeting with the filmmakers! Tickets are available for 650 HUF and are best bought in advance.

Danusia and her daughter Basia live far away from the modern world, in tune with the rhythm and laws of nature, among animals and the spirits of the dead. The peace and sense of security offered by their enclave come at a price – the women increasingly long for contact with other people. Bucolic is an affectionate observation of people who live in a different way. It evokes a curiosity about their world and a desire to take a closer look. Tickets are available for 650 HUF and are best bought in advance.

Debuting in the competition program of the Venice International Film Festival, The Accusation is a rape story that asks uncomfortable questions in the era of the #MeToo movement, illustrating from two different points of view that nothing is black or white. Directed by actor Yvan Attal and starring Charlotte Gainsbourg (Nymphomaniac) and Mathieu Kassovitz (Amélie), the film is a real French star parade. Alexandre, who is studying to be an engineer, goes back to Paris for a few days. She meets her mother’s new partner and goes out that evening with his 17-year-old daughter Mila. By the morning, Alexandre’s life is practically falling apart: Mila accuses him of rape. The two young people recount the events in court, both in accordance to their memories, as the conflicts between their families’ opposing worldviews and religions come to the surface. Tickets for the screening (which is also the last screening of the film at the festival) are available for 650 HUF and should be purchased in advance.

Awarded for the Best Screenplay at Cannes, the latest from Tariq Saleh, director of the acclaimed Metopia and The Nile Hilton Incident, The Boy from Heaven is a sophisticated political thriller, a brilliant version of House of Cards in an exotic setting. After the death of a great imam, a brutal struggle for power begins, full of corruption, blood and manipulation at the highest levels. A fisherman’s son becomes a student at a prestigious Cairo university. After a few days there, he becomes entangled in a spy plot. He tries to live up to his ideals, but is soon disillusioned. Saleh, who comes from a Swedish-Egyptian family, draws his film with sharp tones. This is not only fascinating, well-made political fiction, but also an accusatory portrait of contemporary Egypt. The film was shot entirely in Turkey; in Cairo it is sure to be hugely controversial and may even be censored. Audience meeting with the director after the screening! Tickets are available for 650 HUF and are best bought in advance.

A girl who loses her parents in an accident faces a difficult dilemma. Must she choose between living her life and raising her little brother? The Chinese film, Sister is part of the Open Eye program, and has previously been a hit at Asian film festivals. Yuanyuan Zhu has won awards for Best Supporting Actress and Zifeng Zhang for Best Actress in a Leading Role. Tickets are available for 650 HUF and are best bought in advance. 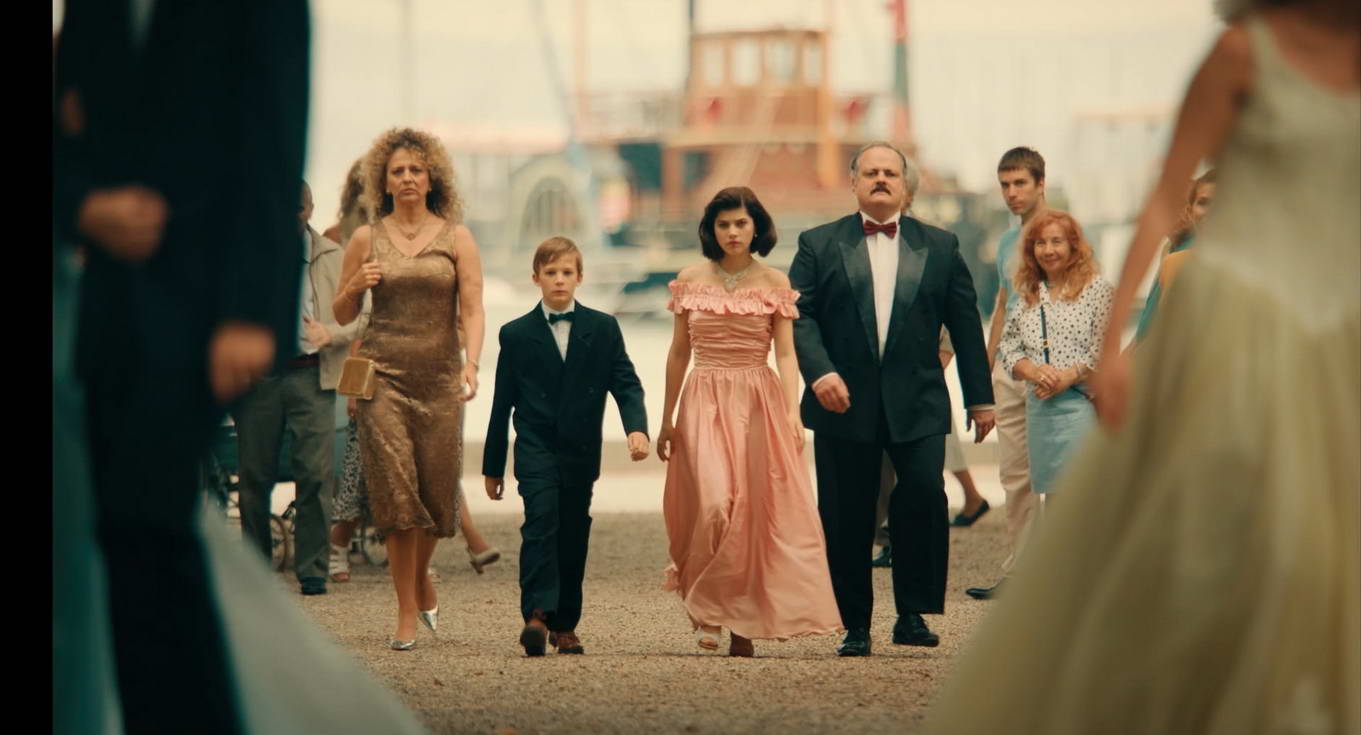