2019. September 13. Friday 09:50
Once again, the CineFest Miskolc International Film Festival brings the most important films of the year to Hungary. The first day of the Festival comes with several exciting movies – and all screenings, except for the opening and closing gala, are free of charge and opened to the public!

In the Zukor room at 6:30 PM the opening film of the Festival, Les Misérables, is screened. The Festival wishes to pay homage to this year’s guest of honor and lifetime achievement award-winner Bille August (Oscar-, Golden Globe and Palm d’Or winning director) with screening this grandiose film of 1998. The film is an adaptation of Victor Hugo’s Les Misérables. Liam Neeson plays Jean Valjean while Javert, the ruthless police officer is played by Geoffrey Rush and the miserable former-worker prostitute by Uma Thurman. The film has not been screened in the Hungarian cinemas before, so this is the first chance for the audience to see it in the way Bille August intended.

At 8 PM the CineFest Adventure program offers Reel Rock 13 and ‘A New Perspective’ as a tribute to David Lama in the Szinva-terasz amphitheatre. Reel Rock 13 brings us a brand new collection of the year’s best climbing films taking us from the climbing gyms to Antarctica. Please note that the Szinva-terasz is an outdoor facility with no seats. We recommend bringing cushions and dressing in weather proof clothing.

At 9 PM in the Pressburger room, the American film Light From Light is screened. The film started its career at the Sundance Festival. Shelia, a single mom and sometime paranormal investigator, is asked to investigate a possible “haunting” at a widower’s farmhouse in East Tennessee. After failing at investigating on her own, Shelia enlists Owen, her underachieving teenage son, and one of his classmates, a bright girl named Lucy. Together, Shelia, the widower, and the two teens attempt to understand the mystery.

At 9 PM the Zukor room hosts the first entry of the CineDocs competition program. Ticket to the Moon takes us back to 1959. At the frenzy of the Space Race almost 100.000 people on both sides of the Iron Curtain signed up to fly to the Moon at the Pan Am‘s First Moon Flights Club Today, we know exactly what the Moon looks like, yet we are still dreaming about space, setting off for various missions – Moon, Mars and further on. Are the “Moon” generation’s dreams and aspirations the same as ours today? The screening is followed by Q&A.

Also at 9 PM in the Uránia the first block of short-features is shown. The selection includes six films from Greece, Australia, France – Belgium, Switzerland, Poland and the USA – the last one is 2019 Oscar-winner Skin, so be sure to watch them!

We can also go the the Béke room at 9PM where Shanghai International Film Festival presents The Road to Home. The main character of the film is suffering from Alzheimer’s disease, Zonghua has always been at odds with his family, especially with his son Yong. Before Zonghua walks toward the end of his life, he insists on going back to Jialing county, where he worked in his youth. Since Zonghua could not take care of himself, Yong had to accompany his father on the journey. After the twists and turns on the way between tears and smiles, the father and son finally arrive to Jialing county where the father’s secret is uncovered. This explains why the father has been failing to take care of the family for so many years. The screening is followed by Q&A.

The last film of the day comes directly from the Berlinale. Out Stealing Horses is screened at 11 PM in the Pressburger room. In Hans Peter Moland’s, famous for his movies In Order of Disappearance and its American remake Cold Pursuit newest film the main character is played by Stellan Skarsgård. A widower in his sixties who retires to a small village in the east of Norway. One winter night he suddenly recognizes an old acquaintance from his youth in his neighbor. The encounter brings back memories of a 15-years-old boy gaining fateful experiences. The teenager spent an entire summer in a simple wooden hut by the river with his father. He learnt about the beauty of nature, the wild horses, the hard work of wood cutting and the sweetness of first love. Besides the idyll, secrets, traumas and pain have also become an indelible part of the boy’s life. 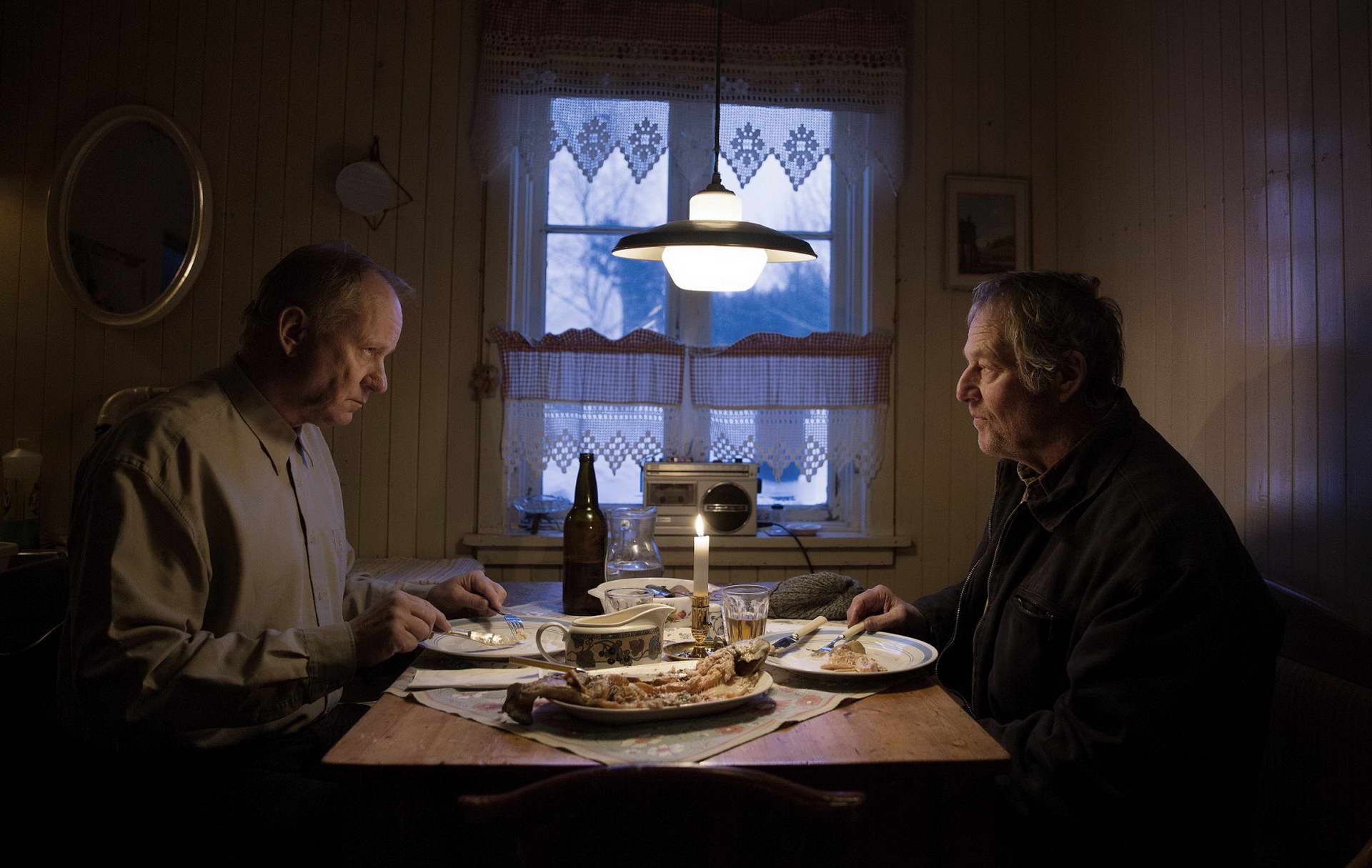