2019. September 14. Saturday 08:15
The second day of the Festival holds out great promises in terms of good movies. The Souvenir has been a great success at the Sundance and the Berlinale, while The Lighthouse with Willem Dafoe and Robert Pattinson impressed the audience and the critics in Cannes. Let’s see the program in details!

At 2 PM in the Pressburger room the repetition of the American Light from Light starts. The film started its career at the Sundance Festival. Shelia, a single mom and sometime paranormal investigator, is asked to investigate a possible “haunting” at a widower’s farmhouse in East Tennessee. After failing at investigating on her own, Shelia enlists Owen, her underachieving teenage son, and one of his classmates, a bright girl named Lucy. Together, Shelia, the widower, and the two teens attempt to understand the mystery.

At 4 PM in the Zukor room a really unique film awaits the fans of the CineDocs category. The dynamic, visually stunning, interesting documentary Jill Bilcock: Dancing the Invisible is a real gem for film-lovers and filmmakers as well.. Jill Bilcock, the world-famous Australian editor, worked on beloved films such as Romeo+Juliet (1996) Moulin Rouge! (2001), Road to Perdition (2001), Elizabeth (1998) or Elizabeth: The Golden Age (2007). While we can get familiar with the Bilcock’s work, well-known, luminary filmmakers provide unprecedented insights into the trade.

At 4 PM in the Pressburger the British feature film, Beats starts. The film takes us to the world of electronic dance parties of the ‘90s. By 1994 the more conform British society had enough of the so-called illegal rave parties, insomuch as the Criminal Justice and Public Order Act of 1994 outlawed unlicensed gatherings “at which amplified music is played… wholly or predominantly characterized by the emission of a succession of repetitive beats”. It is only the starting point of the movie though. The film presents the triumph of the unlikely friendship of two Scottish teens – told with some grittily effective social realism and humor.

At 4 PM in the Uránia the audience has a chance to meet the Festival’s Lifetime Achievemnt award winner, Bille August. The director holds a one-hour masterclass during which he talks about his greatest successes: Pelle, The Conqueror (1987) – bringing international fame and multiple awards, Best Intentions (1992) based on Ingmar Bergman’s autobiography and Les Misérables (1998) and House of Spirits (1992) with great starts in their cast. At 5 PM the masterclass is followed by the screening of Pelle The Conqueror won the Palme d’Or in 1988, and the Golden Globe and the Oscar for Best Foreign Language Film in 1989. The film is set in the 19th century and follows the story of Swedish immigrants to Denmark.

At 5 PM in the Béke room the CineClassics program screens The Last but One Judgment by Ferenc Grunwalsky from 1979. The hero of the film, the man is promoted and given a new assignment at his work-place. At home, he stares at a video-cassette: it portrays his wife’s face in countless versions, she is sometimes simply beautiful, then unfathomable, but it is mostly a sad, closed, lonely face. His wife arrives home, they quarrel, then she tells him that she goes back to her mother. They cross a construction site towards the railway station, then say good-bye. The man joins a drunkard to a pub. A detective arrives, reporting that his wife had been found dead, with marks of assault on her body. Investigation, self-examination, versions of remembrance. Later it is revealed that the murder, the police-investigation and the suicide were all but a dream. A lack of understanding towards each other, an avoidance of facing and solving problems; that is, however, reality. The screening is followed by Q&A with the filmmaker.

It worth to be on time for the screening of The Souvenir at 6:15 PM in the Pressburger, for it is one of the hits of this year’s Sundance and Berlinale. Julie is studying directing when she meets and falls in love with a drug-addict. The film shows the hardships of someone living with an addict. The psychological drama featuring Tilda Swinton and her daughter, Honor Swinton Byrne presents our deepest emotions with the power of pictures.

The CineDocs category continues at 6:30 PM in the Zukor room with the world-premiere of a Hungarian documentary. Liquid Gold by Kossuth-prize holder Tamás Almási is the first Hungarian film on wine, introducing us the famous Tokay and the devoted wine-makers of the Tokaj-region. István Szepsy, the descendant of a famous Hungarian wine-making family, András Bacsó the director of Oremus and László Alkonyi, the former journalist who fell in love with wine-making. Three dedicated heroes, one passion: to create The Great Wine that can return to the most refined tables of the world. Would the much-anticipated rain come? Would the fog settle and the sunshine again? Every single moment of making aszú is up to the mercy of nature. Only mad-men engage in such a task or geniuses who are not bound by harsh circumstances. In his documentary, Tamás Almási pays tribute to such geniuses. The screening is followed by Q&A with the filmmaker. In case you missed the premiere, repetition is at 8 PM, in the Béke.

In the Szinva terasz at 7:30 Shamans in the Trap of Western Civilization awaits, followed by The Dawn Wall at 8 PM. Both films are part of the CineFest Adventure program. In January 2015, American rock climbers Tommy Caldwell and Kevin Jorgeson captivated the world with their effort to climb The Dawn Wall, a seemingly impossible 3,000-foot rock face in Yosemite National Park, California. Blurring the line between dedication and obsession, Caldwell and his partner Jorgeson spend six years meticulously plotting and practicing their route. On the final attempt the whole the world was watching, The film presents the secrets of one of the most fantastic climbs of our times. Please note that it is an open-air screening, so cushions and weather-proof dress is recommended!

One of the hits of this years’s Cannes Film festival was The Lighthouse that comes to Hungary at 9 PM in the Pressburger room. A lighthouse on a small, remote island. After a long hike two strange and a bit suspicious men arrive there to serve as its keepers: an experienced old guy (Willem Dafoe) and a young lumberjack turned lighthouse keeper (Robert Pattinson). Their desires, fears, the suggestive environment and the loneliness play tricks on their minds determining their relationship in a rather cathartic way.

From 9 Pm in the Uránia runs the Second block of the Short Feature Competition Program, this time with French, American, Spanish, Belgian, Italian and Swiss films.

At 9 PM, in the Zukor room probably the most unique premiere of the CineDocs section is showed. In Chris, the Swiss a young Swiss journalist, Christian Würtemberg, is found dead in mysterious circumstances, in the midst of the Yugoslav Wars. Anja Kofmel, his cousin, was only a little girl at that time. After twenty years she decided to find out what happened with her admired cousin. The film is a story of an exciting journey. In order to reveal the secret of Chris’ death the director mixes animation, archival footage and investigative memos in her film.

At 10 PM in the Béke room the First block of the Short Feature Competition Program is repeated. The selection includes six films from Greece, Australia, France – Belgium, Switzerland, Poland and the USA – the last one is 2019 Oscar-winner Skin, so be sure to watch them!

At 11 PM in the Pressburger room Ghost Town Anthology by the Canadian director Denis Côté runs as part of the Open Eye program. In a rural Quebecois community with a population of just 215 people, young Simon Dubé dies in a car accident. The shocked townspeople are reluctant to discuss the circumstances of the tragedy and the mayor insists that the inhabitants are capable of dealing with this tragedy on their own. And, indeed, they are trying, but the arrival of strangely silent outsiders commands their attention. Who are they? What is happening? The film premiered at the Berlinale. After the screening the director answers the questions of the audience.

At 11:15 in the Uránia is the repetition of Out Stealing Horses. In Hans Peter Moland’s, famous for his movies In Order of Disappearance and its American remake Cold Pursuit, newest film the main character is played by Stellan Skarsgård. A widower in his sixties who retires to a small village in the east of Norway. One winter night he suddenly recognizes an old acquaintance from his youth in his neighbor. The encounter brings back memories of a 15-years-old boy gaining fateful experiences. The teenager spent an entire summer in a simple wooden hut by the river with his father. He learnt about the beauty of nature, the wild horses, the hard work of wood cutting and the sweetness of first love. Besides the idyll, secrets, traumas and pain have also become an indelible part of the boy’s life.

At midnight in the Béke room a repetition from the CineDocs competition program closes the day. Ticket to the Moon takes us back to 1959. At the frenzy of the Space Race almost 100.000 people on both sides of the Iron Curtain signed up to fly to the Moon at the Pan Am‘s First Moon Flights Club Today, we know exactly what the Moon looks like, yet we are still dreaming about space, setting off for various missions – Moon, Mars and further on. Are the “Moon” generation’s dreams and aspirations the same as ours today? 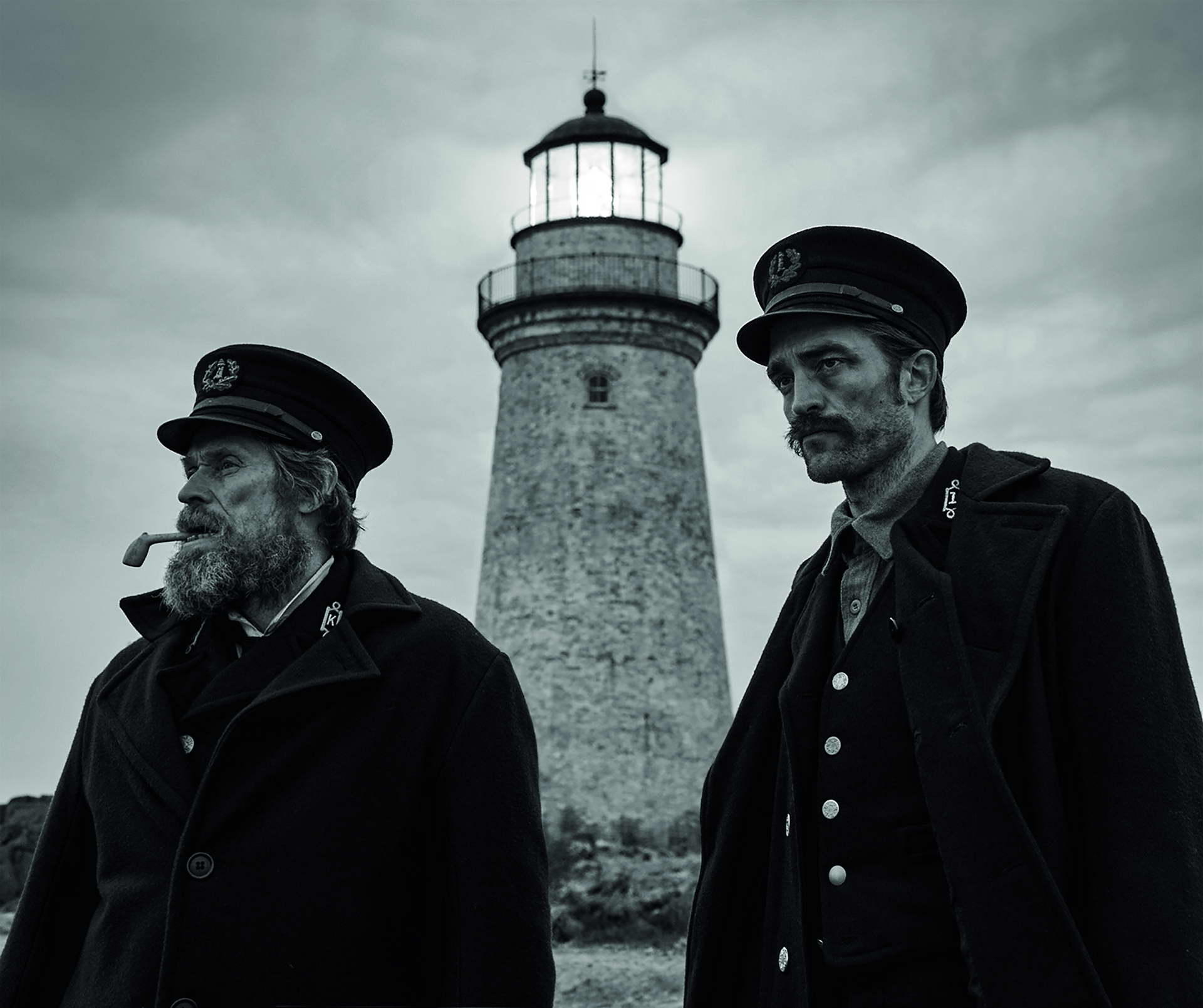