2019. September 20. Friday 08:22
The second weekend of the Festival comes with pretty exciting movies as well. And the unique experience of meeting Mr. George Lazenby, the former James Bond. Our recommendations for Friday:

At 3 PM in the Pressburger room the gala screening of the 50-years-old Bond movie On Her Majesty’s Secret Service starts. As a one-time James Bond, Mr. George Lazenby contributed to the cult classic status of the film

The Spanish competition film The Realm starts at 3 PM in the Zukor room. The hero of the film, Manuel is an influential, charismatic politician with a good chance of rising from regional vice president to presidential position in the party. His perfect life, characterized by high-end restaurants and luxury yachts, is threatened when a leaked tape exposes his high-end dirty dealings to the public. His fellow party members select him as the scapegoat for the whole mess, but Manuel isn’t the type to “take one for the team”, not to this degree. The party’s golden boy needs to save himself before the press reveals everything.

In his presentation the expert from Origo Film Studio, László Hargittai is analyzing the differences in post-production of independent and studio films at 4 PM in the Béke room. The big studio films that come to Hungary provide opportunities for the Hungarian film professionals to extend their knowledge and work with equipments that are rarely used in traditional European film production. These super productions tend to apply more and more Hungarian professionals in the post-production phase. László Hargittai talks about his experiences.

At 4 PM the Zukor room the repetition of Barnabás Tóth’s Those Who Remained starts. The film had its world premiere in Colorado, at the legendary Telluride Festival and the news arrived recently that the Hungarian Oscar Selection Committee enters it to be considered for nomination in the “Academy Awards – Best International Film” category. A lyrical story of a teenage girls and a middle-aged man finding comfort in the company of each other in post World War II Hungary. They both lost a lot and want to start a new life in the midst of the Rákosi-regime. If those who remained hold onto each other could they survive the tragedies of the past and the future? If you miss the second screening you have a chance to watch the movie again at 8 PM in the Béke.

There are a very few stars in this world who become pop culture icons because of their career decisions, personal fate and, quasi, life as well. From Mr. George Lazenby’s masterclass we can learn about this phenomenon, the story of how an Australian car mechanic ended up playing the role of greatest movie icon, James Bond. The masterclass starts at 5:30 PM in Uránia, right after the screening of On Her Majesty’s Secret Service.

In one of Denis Côte’s recent films Wilcox the main character exists outside the norm. Deserter, delinquent, or survivalist, he quietly roams, looking to put down roots or for what could simply be called freedom. The film is showed at 6 PM in the Béke room and followed by the director’s masterclass at 7:10 PM. The Canadian Denis Côte is one on the most exciting directors of contemporary independent cinema. His shorts and feature films are of all genres, but his uniquely absurd point of view is there in each of them.

At 6 PM in the Pressburger room starts Close to the Wind – On the Path of Count Sigmund Széchenyi, one of the Hungarian competitors of the CineDocs category. In January, 1964 on behalf of the Hungarian government Zsigmond Széchenyi and his wife attended a trophy hunting expedition in Kenya to refill the museum collection lost during the revolution of 1956. The film takes us to the Kilimanjaro and recalls the most important and sometimes life-changing milestones of the legendary hunter-writer-nobleman in the labyrinth of animal and human nature. János Lerner’s film is followed by Q&A.

The CineFest Miskolc International Film Festival launched a new program this year: CineFest Adventure offers real gems for the fans of outdoor sports. The program continues at 7 PM in the Uránia screening room with the Hungarian gem Inverse Everest. The Hungarian expedition reached the world’s deepest point reachable without diving equipments: the Game Over chamber in the August of 2016. The film follows the journey of the Hungarian expedition and brings us breathtaking pictures. The screening is followed by Q&A with the cavers from the film (Péter Adamkó, Gergyel Ambrus, Attila Jager, Attila Tóth). Moderator: Zoltán Füredi, cultural anthropologist, filmmaker, caver.

In the Zukor room at 7 PM starts the screening of one of the competitors of the CineDocs category. How Far the Stars is directed by Katalin Bársony. The main character of the documentary is József Balász, the self-effacing Hungarian pianist. József, has a unique talent for fusing contemporary jazz with traditional Roma music. This new sound catches the attention of the acclaimed saxophonist Tim Ries and the two begin performing together. József dreams of escaping his humdrum life and making it big in the home of jazz: America. Along the way, he conquers his demons and learns that when shooting for the stars, success is not the destination, but the journey itself. The film is followed by Q&A.

Academy Award winning Kristóf Deák’s film Captives starts at 8:45 PM in the Pressburger room. In 1951 Budapest, the communist secret police shows up at the door of an ordinary family – but instead of deporting them, the officers move in and lock them up in their own home. And anyone else who comes knocking on the door. Days go by without any explanation and the situation gets more and more absurd as secrets, lies and paranoia begins to unravel the growing number of captives in the apartment. The film is followed by Q&A.

At 9 PM in the Uránia we return to the walls of the Yosemite-valley. The Oscar-winning documentary Free Solo by Elizabeth Chai Vasarhelyi and Jimmy Chin finally makes it to the big screen in Hungary. Alex Honnold is one of the world’s best athletes by far. Honnold’s climb pictured in the film set the ultimate standard: perfection or death.

After the mixed reception of Solo: A Star Wars Story, Academy-award winning director Ron Howard turns to a topic that bounds to succeed. A film on the life and work of opera legend Luciano Pavarotti equals the jackpot even if it doesn’t do anything else then showing us the legend’s greatest performances. That could be satisfying in itself, but Howard does so much more. He shows us Pavarotti, the man. Pavarotti runs as part of the CineDocs program at 9:30 PM in the Zukor room. One of the Festival’s guests of honor, Pavarotti’s widow participates at the screening!

Laika was a stray dog in the streets of Moscow until she has been chosen to be the first living being in space on board of Sputnik-2 and thus to certain death. According to a legend, she returned to Earth as a ghost and has roamed the streets of Moscow ever since. The film, Space Dogs is repeated at 10 PM in the Béke room as part of the CineDocs competition program. It is a meditative tribute to all four-legged beings who participated in the Space Race and also a rare treat because of the formerly unseen archive materials woven into the story.

At 11:15 PM in the Pressburger room The Lodge is screened. Richard and Grace are getting married. Richard’s two children are not so enthusiastic about it since they do not see how Grace is going to fit into the role of their mother. When Grace is left alone with the kids at a remote holiday village they do not fail to express their hostility. Just as relations begin to thaw between the trio, some strange and frightening events take place. With their earlier art-thriller ‘Goodnight Mommy!’ the Austrian directors, Severin Fiala and Veronika Franz, have been part of CineFest’ competition program in 2015, so they are among our returning filmmakers this year.

In 2016 the CineNewWave program has been established as the competition program for short features and animations by young Hungarian filmmakers. The program aims to introduce the young directing talents to the Festival’s audience. The repetition of the second block of the CineNew Wave program starts at 11:45 PM in the Béke, with Balázs Dudás’ Two Lines, Levente Kölcsey’s Break, Rozália Szeleczki’s Since She Is With Me, Leila Jordi’s Little Spicy and Luca Tóth’s Mr. Mare that has been screened at the Berlinale this year. 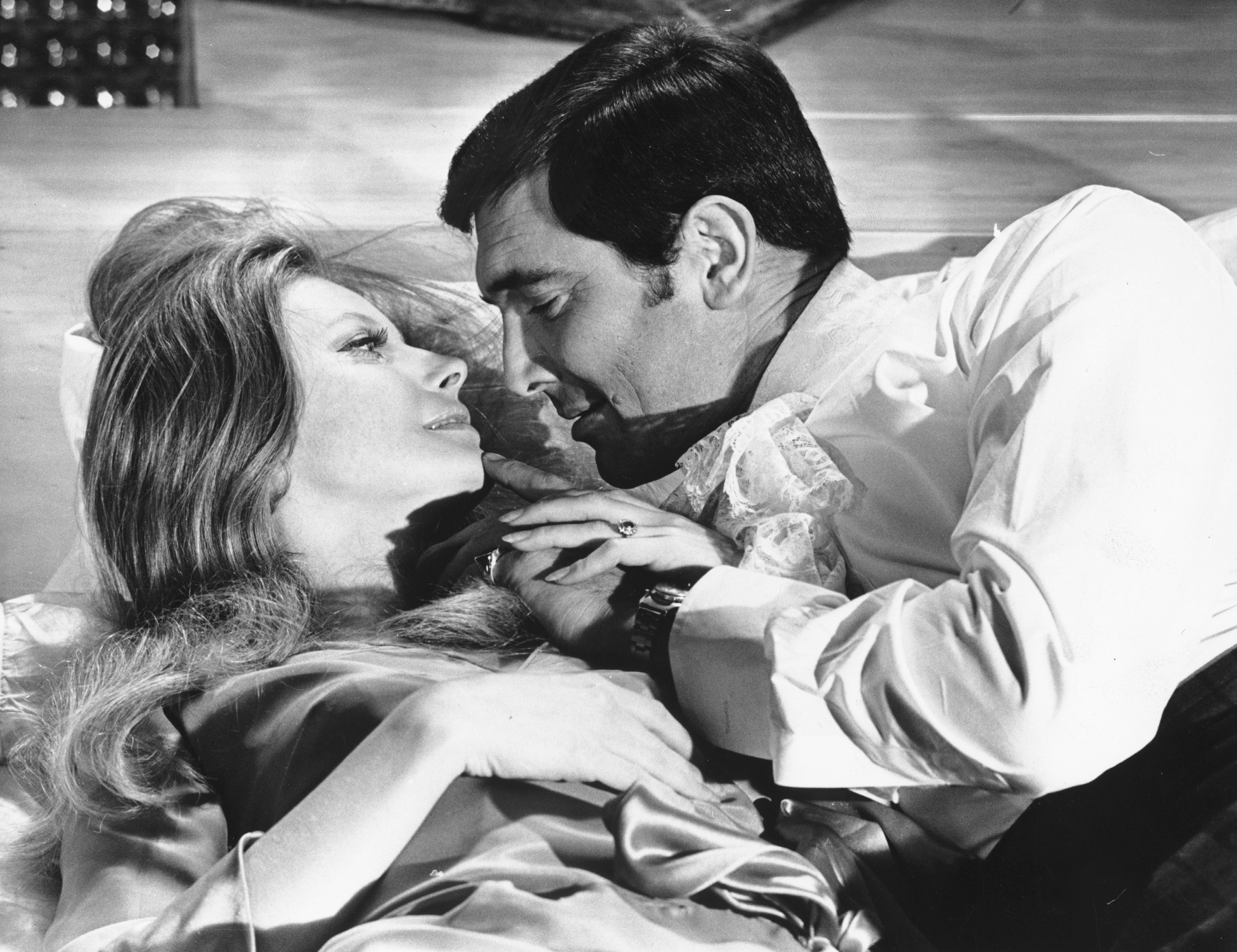