Ron Howard’s Pavarotti on the life and work of opera legend Luciano Pavarotti equals the jackpot even if it doesn’t do anything else then showing us the legend’s greatest performances. That could be satisfying in itself, but Howard does so much more. He shows us Pavarotti, the man.

Academy Award winning director, Asif Kapadia is well known for his investigative documentaries with which he works toward uncovering the absolute truth. After Senna and Amy, Kapadia turns to another legend: Diego Maradona. The extraordinary portrait shows us everything: the moments of incredible determination, the highs and lows of being an international superstar, the life of the God of Napoli, his relationship with gangsters and the moments of his downfall.

The Cannes debutee ‘Chris, the Swiss’ by Anja Kofmel makes its Hungarian premiere at the CineFest. In the midst of the Yugoslav Wars, a young Swiss journalist, Christian Würtemberg, is found dead in mysterious circumstances., After twenty years Anja Kofmel decided to find out the truth of Chris’ death. The film is a much anticipated piece of work – and is rightly so.

Jill Bilcock, the world-famous Australian editor, worked on beloved films such as Romeo+Juliet (1996) Moulin Rouge! (2001), Road to Perdition (2001), Elizabeth (1998) or Elizabeth: The Golden Age (2007). While we can get familiar with the Bilcock’s work, well-known, luminary filmmakers provide unprecedented insights into the trade. The dynamic, visually stunning, interesting documentary, Jill Bilcock: Dancing Invisible is a real gem for film-lovers and filmmakers as well.

Léo Major was the Québécois Rambo. During a reconnaissance mission on D-Day, he captured a German armored vehicle by himself. Later on he single-handedly captured 93 German soldiers during the Battle of Scheldt. He has been wounded and ordered back to Canada two times, but he escaped the hospital both times and went back to fight instead. With som,e help from the Dutch Resistance, Major liberated the town of Zwolle where an avenue is dedicated to him. In the Korean War he and his 18 men captured Hil 355 and held the enemy (14.000 Chinese soldier)off throughout the night. The film dedicated to his life, Léo Major: The One-Eyed Ghost is accompanied by its director to the CineFest.

The Hungarian HBO’s new documentary ‘How Far The Stars’ by Katalin Bársony takes us to the world of Hungarian and international jazz. Self-effacing Hungarian pianist, József, has a unique talent for fusing contemporary jazz with traditional Roma music. This new sound catches the attention of the acclaimed saxophonist Tim Ries and the two begin performing together. József dreams of escaping his humdrum life and making it big in the home of jazz: America. Along the way, he conquers his demons and learns that when shooting for the stars, success is not the destination, but the journey itself.

János Lerner’s documentary ’Vadonvilág – gróf Széchenyi Zsigmond nyomában’ is also part of the CineDocs competition program. Zsigmond Széchényi, traveler, writer, descendant of the famous Széchenyi-family, is one of the outstanding figures of the Hungarian hunter traditions.In January, 1964 on behalf of the Hungarian government he and his wife attended a trophy hunting expedition in Kenya to refill the museum collection lost during the revolution of 1956. The film takes us to the Kilimanjaro and recalls the most important and sometimes life changing milestones of the legendary hunter-writer-nobleman.

The 16th CineFest Miskolc International Film Festival hosts the world premiere of the Kossuth-prize holder Tamás Almási’s feature documentary ‘Liquid Gold’. The first Hungarian movie on wine introduces the devoted wine-makers and the famous aszú of the Tokaj region. Three dedicated heroes, – István Szepsy, the descendant of a famous Hungarian wine-making family, András Bacsó the director of Oremus and László Alkonyi, the former journalist who fell in love with wine-making – who share one passion: to create The Great Wine that can return to the most refined tables of the world.

The CineDocs’ scientific documentaries focus on the artificial intelligence and the trip to the Moon.

Hi, A.I. – Love Stories From The Future by Isa Willinger introduces us to the world of humanoid robots and A.I. in a masterfully composed and humorous way.

Veronika Janatková’s ‘Ticket To The Moon’ takes us to the time when Pan Am sold tickets to the Moon. The director’s grandfather is one of the 100 000 space enthusiasts who were put on Pan Am’s waiting list. The documentary, introducing us the personal stories of some of these potential moon travelers, is a creative and humorous account of the era.

After its world-premiere in Locarno, ‘Space Dogs’, the documentary by Elsa Kremser and Levin Peter is screened in Miskolc as well. Laika was a stray dog in the streets of Moscow until she has been chosen to be the first living being in space on board of Sputnik-2 and thus to certain death. According to a legend, she returned to Earth as a ghost and has roamed the streets of Moscow ever since. The film is a meditative tribute to all four-legged beings who participated in the Space Race and also a rare treat because of the formerly unseen archive materials woven into the story. The film is accompanied by its makers to the CineFest. 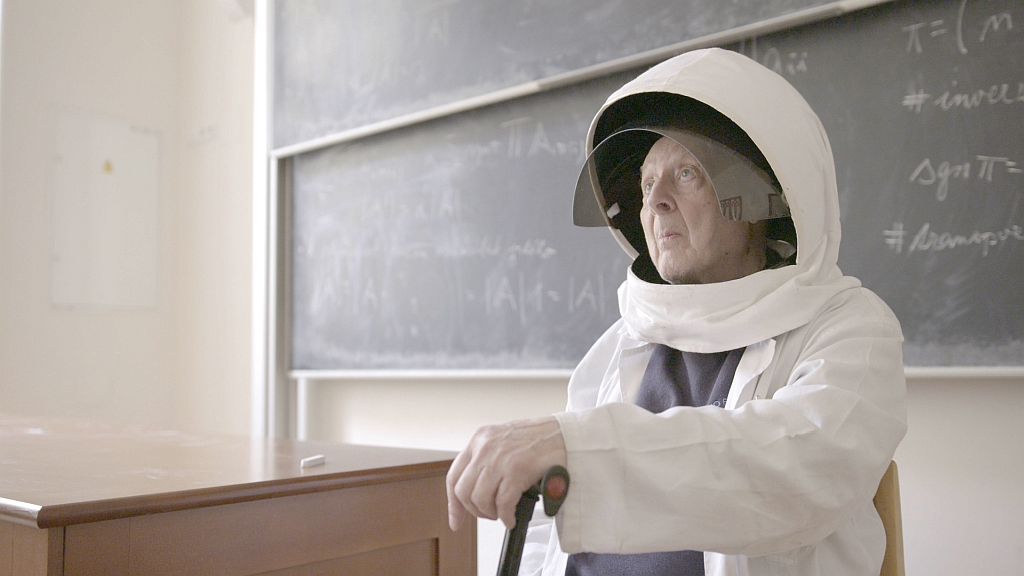