2021. September 16. Thursday 07:47
On day 7. (Thursday) we have an Academy Award nominee in the competition program, but there are other movies to pay attention to as well.

Occasional Spies is part of the CineDocs competition program. The historical documentary sheds light on a little-known episode of World War 2, when the British Intelligence turned a group of ordinary young men into secret agents overnight and sent them on a risky mission behind enemy lines, to German-occupied Eastern Europe. They had to find an escape route for the Allied prisoners of war and to organize the resistance movement. Considering the fact that these young people were Jews who fled to Palestine from the very region where their peers were facing the “final solution”, the mission seems almost suicidal. Don’t miss your last chance to watch the film at the festival! Tickets are sold for 400 HUF in the ticket office of the House of Arts or online.

The Greek film from the competition program, Apples has been entered by Greece to the Academy Award selection. It has not been selected, but the Christos Nikou’s first feature was screened at several prestigious film festivals, the Venice and Toronto IFF among them. Amidst a worldwide pandemic that causes sudden amnesia, middle-aged Aris finds himself enrolled in a recovery program designed to help unclaimed patients build new identities. The daily tasks are recorded on cassette tapes, so the patients can create new memories while they are also documented on camera. Aris slides back into ordinary life, meeting Anna, a woman who is also in recovery. A sci-fi that suddenly becomes reality in a lot of ways. Tickets are sold for 400 HUF in the ticket office of the House of Arts or online.

Taming the Garden is part of the CineDocs competition program. A poetic documentary about trees and people, as well as the unbelievably complex ties between them. This visually stunning, slowly narrated film is much more than a manifesto for nature. The rural landscape and the sight of huge trees being relocated offer remarkable visuals on their own, but there is an extraordinary story also unfolding in the background: the carefully selected tree elders go to a rich collector who wants to create a special garden. The film has been part of the Forum program at the Berlinale and was also screnned at the Sundance. Tickets are sold for 400 HUF in the ticket office of the House of Arts or online.

Quo Vadis, Aida? has been nominated for Academy Award for Best International Feature in 2021 and now we can watch it in the competition program of the CineFest. With her film, Grbavica: The Land of My Dreams from 2006, director Jasmila Zbanic has already shown that she can talk about the traumatic experiences of the Bosnian war with extraordinary sensitivity.  Quo Vadis, Aida? was made in an international co-production, with a very high budget and speaks shockingly about the Srebrenica massacre. In Srebrenica more than 8,000 Bosnian citizens were killed by Serb soldiers, with the UN peace keepers not only letting them do it, but assisting them. Tickets are sold for 400 HUF in the ticket office of the House of Arts or online.

Eyes are not left dry at watching this romantic sketch movie that tells the story of three encounters in the interpretation of Japanese Ryusuke Hamaguchi. The Wheel of Fortune and Fantasy has been screened at the Berlinale, winning Silver Bear, the grand prize of the jury. A surprising love triangle, a messed-up seduction between student and teacher, and an unexpected encounter affect the fate of the characters in this drama, which builds on dialogues and emotions, exploring the depths of human relationships. Last chance, do not let it go! Tickets are sold for 400 HUF in the ticket office of the House of Arts or online.

WHEEL OF FORTUNE AND FANTASY

(WHEEL OF FORTUNE AND FANTASY) 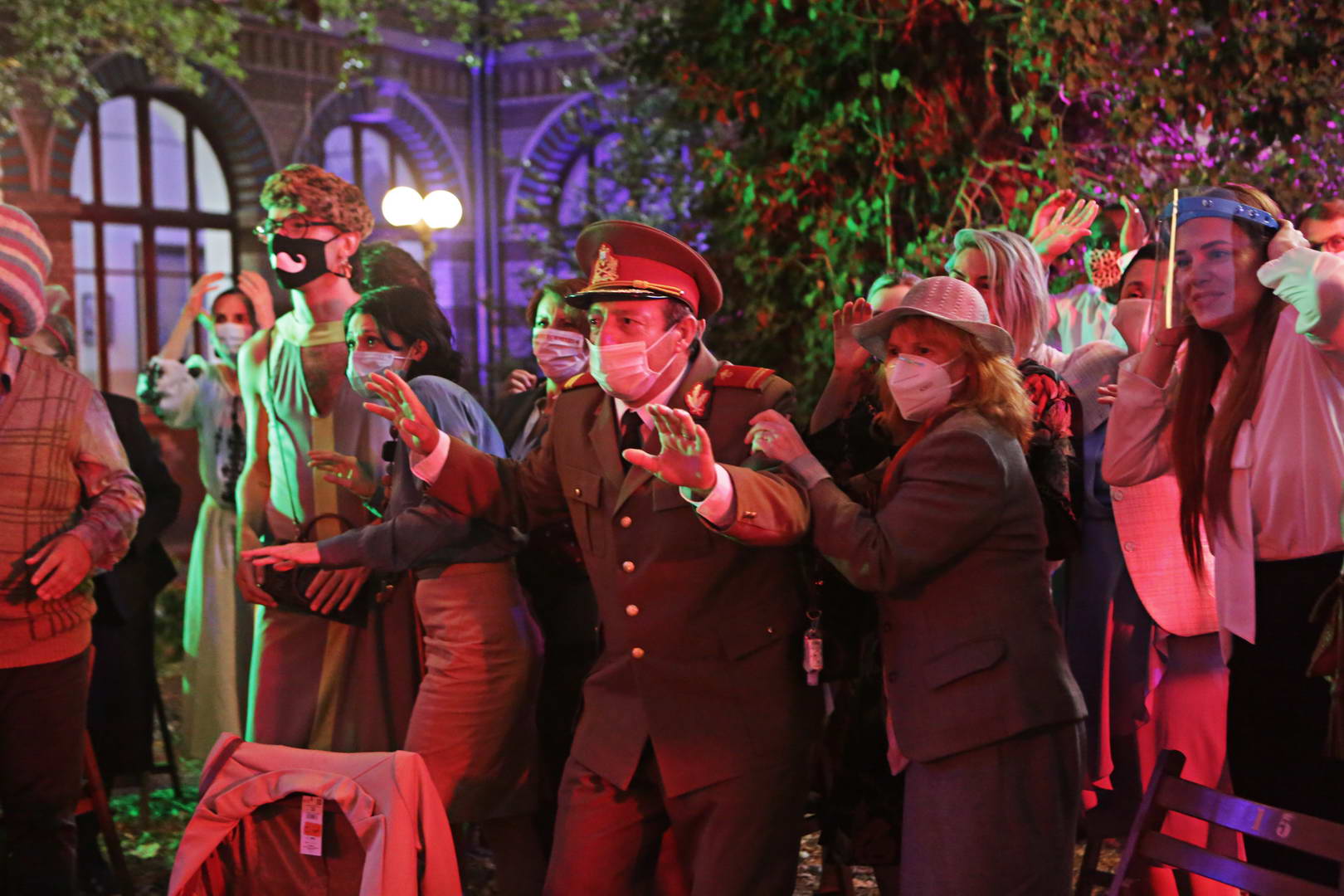