2018. September 15. Saturday 08:18
This is probably the most anticipated day of the festival, since today is the Hungarian premiere of Academy Award-winning László Nemes Jeles’ (Son of Saul) new film ‘Sunset’. Not only do we get the chance of watch the 35mm copy but also the director and several members of the crew will be present at the screening of the film. The Hungarian premiere follows the world premiere in Venice and Toronto IFF, after winning the FIPRESCI prize at the former. Let’s take a look at the exciting events of the day.

In the Uránia room the programs start at 10 am with the screening of the entries of the“KB8” short competition program followed by a discussion with the filmmakers and the members of the jury.

At 2 pm the Pressburger room hosts a film from the competition program, this time in 2D. On November 3, 1957 Laika became the first living creature to orbit the Earth. Her return home in the Sputnik 2 Soviet spacecraft was never part of the plan however, in this animated puppet musical Laika survives and passes through a black hole and finds her way to the planet Qem. There she gets her first taste of how things are when man isn’t the lord of creation. The screening is followed by Q&A with Aurel Klimt director-script writer-producer!

At 2:30 pm in the Béke room we have the chance to watch the fourth block of the “Meeting of Festivals” program that features a selection from last year’s shorts: the German ‘Transfer’ and Balázs Dudás’ ‘Welcome’. Dudás won the CineNewWave prize with his film shot as a thesis film at the MA program for directing at the University of Theatre and Film Arts in Budapest. This year he is a member of the international jury.

At 3 pm László Nemes Jeles signs the DVD copies of his Oscar-winning film ‘Son of Saul’ at the Gallery of the House of Arts. The director’s first film was a unparalleled success: in 2015 the ‘Son of Saul’ won four prizes at the 68th Festival de Cannes, the Grand Prix among them. It was the greatest honor ever given to a Hungarian film in Cannes. Later on ‘Son of Saul’ won the Oscar, Golden Globe and BAFTA awards for Best Foreign Language Film making the most internationally recognized Hungarian film ever to be part of the film history.

At 3:30 pm we can participate at the presentation of Péter Muszatics’ book: “Bécs, Budapest, Hollywood”. Péter Muszatics’ book ion Central European filmmakers takes us to a world of fantastic careers, the elite of the film business from Erich von Stroheim to Billy Wilder, from Ferenc Molnár to Wes Anderson, from Ernst Lubitsch to Quentin Tarantino appear in the book and we might even learn the key of success, of “human touch”, of effective storytelling that have been brought to Hollywood partly by talented Central Europeans. The discussion with the author ad György Ráduly is led by László Kolozsi.

At 4 pm in the Pressburger room one of the most anticipated movies of the competition program is screened. The unofficial sequel of the Oscar-nominated Winter’s Bone by Debra Granik has already been a great success in Cannes. ‘Leave No Trace’ features a special bond between father and daughter. Tom (15) lives with her father in the woods on the edge of Portland. Voluntary isolation from “normal society” allows them to create a reality of simple joys untainted by civilization. But one day the surrounding world rears its ugly head, and confrontation is unavoidable. Debra Granik presents a picture of alternative living that might seem radical but that offers a thought-provoking gloss on Western lifestyles and values.

At the same time in the Zukor room another film from the MusicDocs section is screened. ‘Coalesce: A City Composed’ takes us to Phoenix, Arizona. A visual artist and a musician search for beauty and inspiration in the alleyways, intersections, power lines, and utility poles of a sprawling desert city. An intimate portrait of creation and collaboration as painter Megan Jonas and composer Jordan Ignacio create four new works.

At 4:30 both in the Uránia and in the Béke rooms the ‘Sunset’ by László Nemes Jeles is screened. Budapest in the summer of 1913, – the last days of peace. Írisz Leiter (Juli Jakab), the orphaned young lady has one dream only: to work in the legendary hat salon formerly owned by her parents. The new owner, Oszkár Brill (Vlad Ivanov), doesn’t want to see her anywhere near the salon and does everything in his power to remove the girl from town. At night a stranger seeks her out asking for her brother whose existence Írisz didn’t even know about. She starts her own investigation leading her to the deepest of the labyrinth of the city. In his new film the Oscar-winning László Nemes Jeles worked mostly with the same crew he did shooting ‘Son of Saul’.

At 6 pm in the Zukor room the longest film of the Festival is screened. The more than three-hour movie ‘Wild Pear Tree’ by the Turkish director Nuri Bilge Ceylan has been part of the program in Cannes not so long ago. Sinan returns home after graduation. The arrogant youth longs to be a writer, and does everything to fulfill his dreams. He has no interest in other people’s opinions and advice. Convinced of his uniqueness, he disdains all others – most of all his own father, a schoolteacher nearing retirement. As he tries to climb the social ladder, Sinan begins to realize that perhaps he is not that different and maybe he won’t be such a good writer.

At 7 pm the audience’s favorite from Rotterdam and the Sundance makes its Hungarian debut. In Gustav Möller’s first feature film ‘The Guilty’ Asger is finishing one of the many annoying duties at the police station when he gets a call from a kidnapped woman. Can he help her quickly and with strategic savvy? Less is sometimes more, and Gustav Möller’s feature debut is a wonderful example of this. As this carefully-paced thriller demonstrates, our experience of the story is fundamentally determined by our fancy.

Those who couldn’t get in the afternoon’s screenings of ‘Sunset’ have a chance to do so at 7:30 pm in the Uránia and Béke rooms. The film is screened from a 35mm copy.

At 9:30 pm a real classic will make us laugh: ‘Clerks’. When Dante is reluctantly put in charge of the Quick Stop market on his day off, he tries, to perform his minimum-wage duties as efficiently as possible. His friend Randall is working behind the counter of the adjacent video store — at least when he feels like it. Kevin Smith’s masterpiece from 1994 is perfect, an entertainment you never get tired of.

At 10 pm the cast and crew of ‘Sunset’, László Nemes Jeles among them, meet the audience. It is a must for everyone interested in all the secrets behind the scenes. Both Juli Jakab and Vlad Ivanov, the artists in leading roles, will be present at the Q&A.

At 11 pm in the Jameson lounge the ‘Sunset’ and KB8 afterparty begins.

At 11 pm in the Pressburger room houses the repetition of ‘Ultra Low’. The film is a meta drama that takes an unfiltered look behind the scenes at the struggles of the independent film world. It’s a story of a filmmaking team that’s already sacrificed to make several feature films. Upon learning the news that their latest endeavor will not be accepted into any top tier film festival, the team has hit rock bottom. With heavy hearts, they push each other to pick up and move forward on development of their next feature film.

Day 2 closes with the repetition of Gyeney’s other feature ‘Beta Test’. Champion gamer Max Troy discovers events in a new video game are being mirrored in the real world, and must join forces with the game’s protagonist, Orson Creed, to unravel the conspiracy before the game’s sinister plot overwhelms the city. 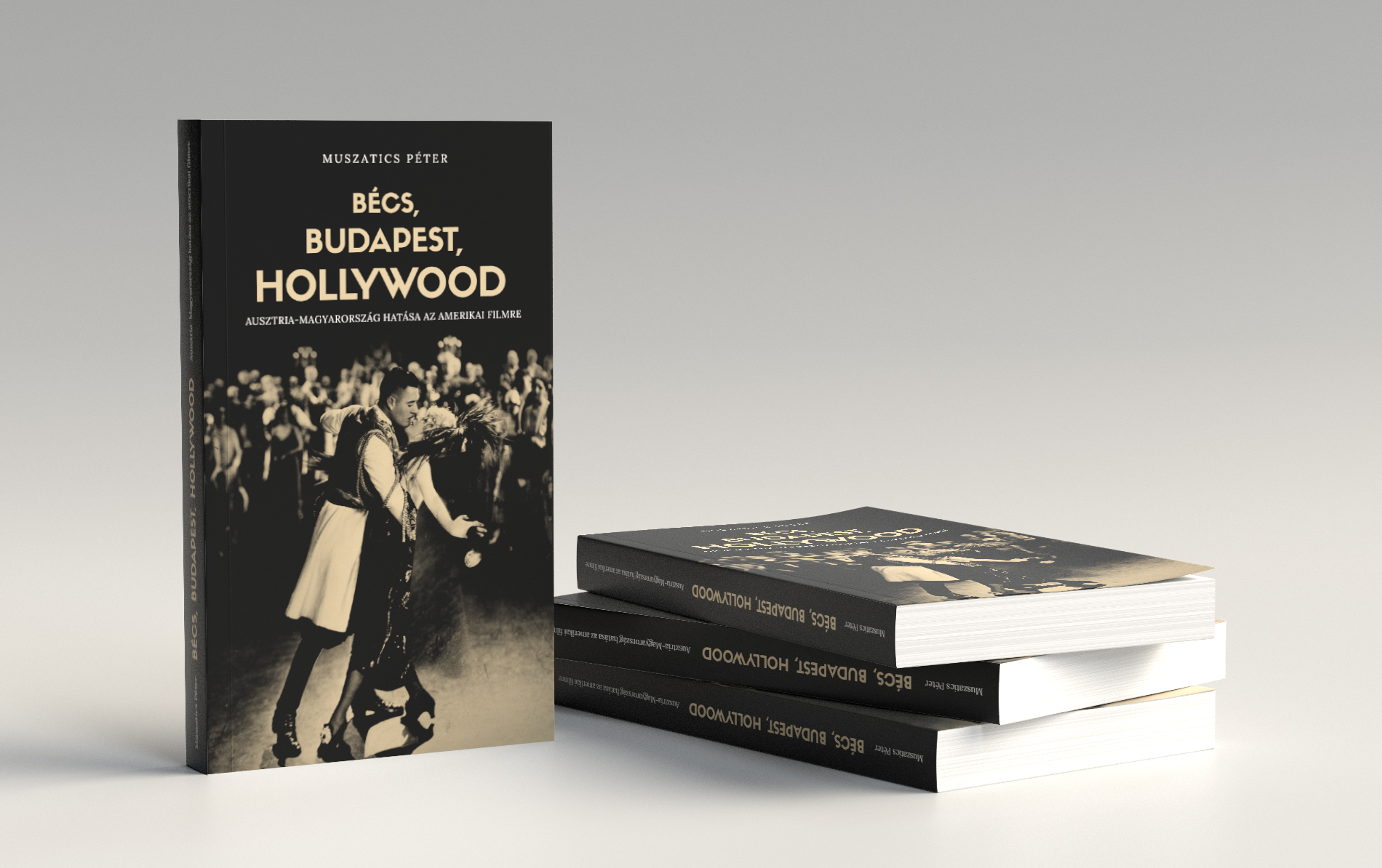 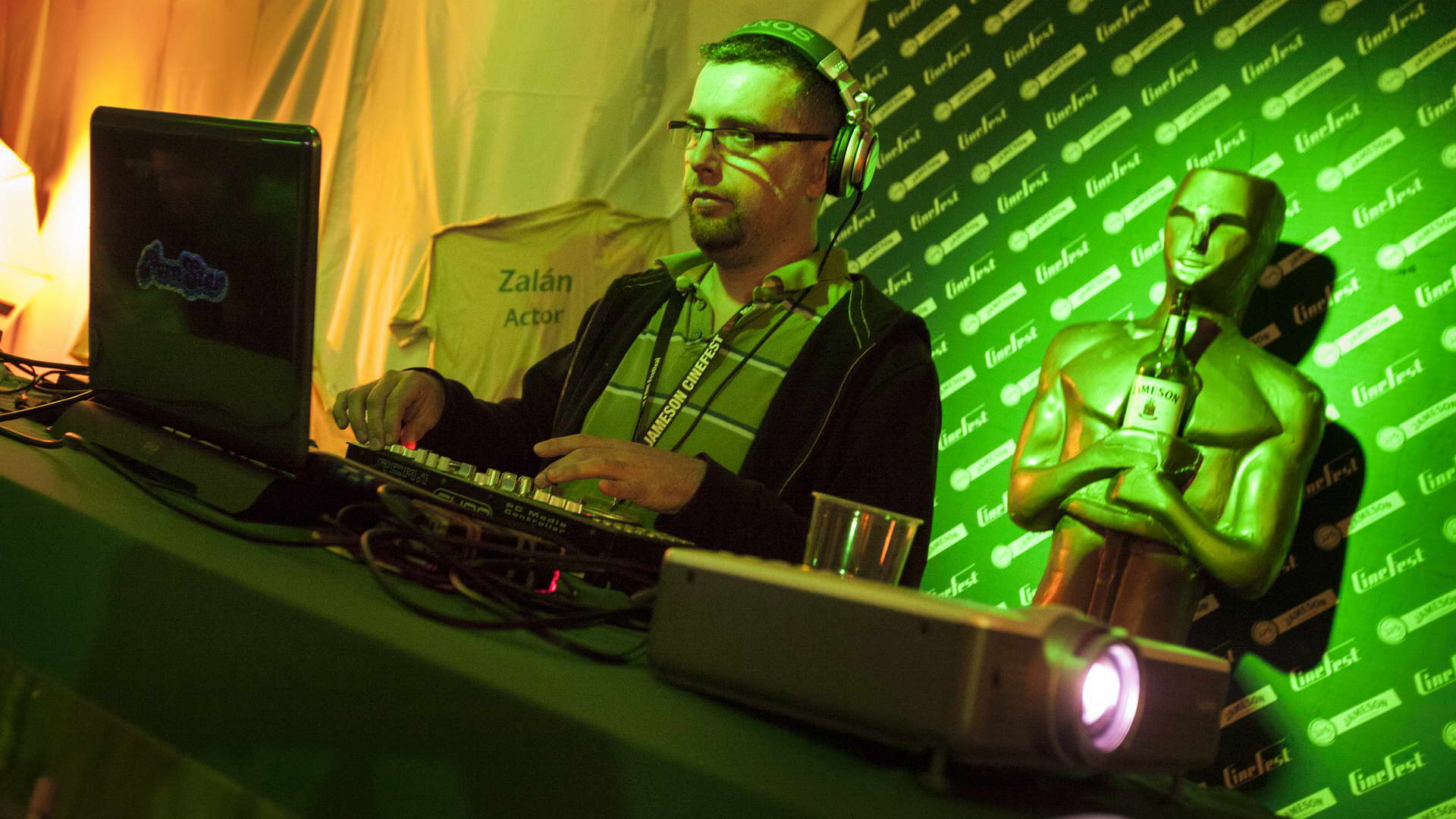