2018. September 22. Saturday 09:50
Even at the day of the closing and award ceremony we get great films to watch. Nicholas Cage grabs a chainsaw to get revenge for the death of the love of his life in ‘Mandy’. Let’s see the programs of the day:

At 1 pm in Uránia ‘Girls Always Happy’ starts. The film portrays a single mother living with her daughter in a Beijing Hutong. Looking at the contempo rary urban life with a novel perspective, the film represents the spectacle of mutual repulsion, hatred, and harm between a single mother-daughter, and yet from their despair grows the power of tender love. The complexity indicates the unique observation and expression of the director Yang Mingming on female relationships.

At 2 pm in Zukor Timur Bekmambetov new film, ‘Profile’ starts. The director went from Hollywood super-productions to indie filmmaking in this minimalist thriller. It follows journalist Amy as she investigates the Islamic State’s recruitment of girls from Europe. She sets up a fake Facebook account and pretends to be a radical Muslim. She is contacted by Bilel, a key figure inside ISIS, and manages to earn his trust. Soon Amy can no longer tell the difference between the real world and virtual reality, thus placing herself in ever greater danger.

At 6:15 pm in the Zukor room the audience have the chance to watch the closing film of the Festival. The ever-energetic and original director, Spike Lee takes the true story of Ron Stallworth, the first Afro-American detective on the Colorado Springs Police Department who, with his partner, Flip Zimmerman infiltrates the infamous Ku Klux Klan. Stallworth is invited into the inner circle and tries to prevent the organization from gaining power over the city… BlacKkKlansman won the Grand Prix in Cannes this year.

At 9 pm in the Zukor room starts the screening of ‘Burning’. The Korean master Lee Chang Dong’s breathtaking masterpiece is an adaptation of Murakami Haruki’s ‘Barn Burning’. Jong-su, a part-time worker, bumps into the spectacularly beautiful Hae-mi, who used to live in the same neighborhood. Hae-mi asks him to look after her cat while she’s on a trip to Africa. When Hae-mi comes back, she introduces Ben, a mysterious and super rich guy she met in Africa, and there comes a mysterious love triangle. One day, Ben visits Jong-su’s with Hae-mi and confesses his own secret hobby. ‘Burning has premiered in the competition program of Cannes Film Festival and the critics went wild for it.

Japanese audiences traditionally love a good cry and nothing supplies one like a young protagonist dying lingeringly and romantically. That would seem to be the case with The 8-year Engagement, Zeze Takahisa’s drama about a young woman who falls ill with a rare form of brain inflammation and lapses into coma just three months before her planned wedding. The ‘8-Year Engagement’ premieres at 9 pm in the Uránia-room. It’s based on a real-life case that became a YouTube sensation and then a best-selling novel.

At 9 pm in the Béke we get the chance to watch ‘The Field Guide to Evil’. The film brings us stories from the folklore of different countries. Hungary is represented by the English director, Peter Strickland, who has worked in the country several times before. Csenge Zalka folklorist and story-teller helped him to choose a dark piece of Hungarian folktales. In the story two brothers fight for the affection of a princess. The older one tells her that his brother has fallen in love with someone else. The news breaks the princess’ heart and leaves her dead. But in the middle of the night she returns to take vengeance…

At 10 pm, after the closing and award ceremony starts the ‘Mandy’ in the Pressburger room. As all the films it is opened to the public. Set in the primal wilderness in the year 1983, Red Miller has fallen deeply for the beguiling Mandy Bloom. But the life he has made for himself comes suddenly and horrifyingly crashing down when a vile band of ravaging idolaters and supernatural creatures penetrates his idyllic paradise with vicious fury. A broken man, Red now lives for one thing only to hunt down these maniacal villains and exact swift vengeance (repetition is at 7 pm the next day in the Pressburger room).

At 11:15 pm in the Békewe get the chance to watch a very exciting documentary: ‘Rumble: The Indians Who Rocked The World’. The film brings to light a profound and missing chapter in the history of American music: the Indigenous influence. Featuring music icons Charley Patton, Mildred Bailey, Link Wray, Jimi Hendrix, Jesse Ed Davis, Buffy Sainte-Marie, Robbie Robertson, Randy Castillo, and Taboo, ’Rumble’ shows how these pioneering Native musicians helped shape the soundtracks of our lives.

The last feature of the day is ‘Ederlezi Rising’ at 11:15 pm in Uránia. The film is set in a socialist dystopian future. Milutin is an astronaut sent on a long space flight to Alpha Centauri to deliver an ideology to the colony there. However, on this flight he will be accompanied by a female android, Nimani. The film explores the essence of love and emotion between Milutin and his cyborg companion. A visual, breath-taking analogy on the essence of human emotion against the complex new relationship between man and machine. 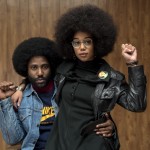 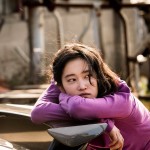 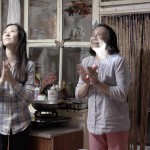 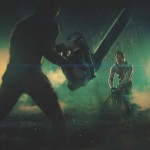 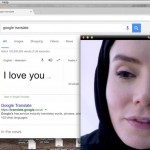 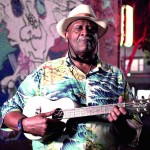 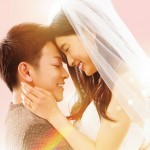 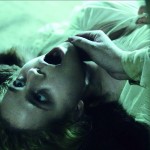