2019. September 18. Wednesday 08:22
A uniquely crazy Indian movie and Sylvester Stallone’s umpteenth comeback awaits us today at the CineFest’s sixth day. Let’s see what is out there for us today!

Two years ago, one of the most influential French directors of our time, Bruno Dumont, presented his version of Joan of Arc’s childhood in the form of a heavy metal-musical. The film has premiered in Hungary at the CineFest. Joan of Arc is repeated at 4 PM in the Zukor room. The film follows the story of The Maid of Orléans in the Hundred Years’ War, up to the inquisitorial court and to the stake – this time in a more conservative way, in dialogues. Joan is played by 11 years old Lise Leplat Prudhomme, whose performance of Joan of Arc is one of the strongest in the history of cinema.

At 4 PM in the Pressburger the Palestinian director, Elia Suleiman’s new film is showed. It Must Be Heaven has won Special Mention in Cannes. At the CineFest it is part of the feature competition program. The film’s hero is the director himself: Elia is fleeing from Palestine to search for a new home somewhere else. The problem is, he finds his homeland everywhere he goes. The promise of new life leads to comical mistakes: from Paris to New York unexpected parallels to Palestine exist. Multi-award winning Elia Suleiman made a humorous identity movie on belonging, asking the most important question: Where is the place we call our true home?

At 4 PM in the Béke room we can watch the repetition of Denis Côté’s A Skin So Soft. The film introduces us to the world of modern-day gladiators. The group includes high-level bodybuilders, a strongman and an ex-champion-turned-trainer. Asthey prepare for future competitions, they follow extreme diets and slave away at the gym. Each man pursues his own personal goals, but all share the same obsession: overcoming the limits of their bodies.

The „Our Home – Miskolc” program is a CineFest tradition. The aim of the program is to bring the work of local artists into focus. Every year the organizers of the program look for new or already established talents to uncover stories from Miskolc and Borsod. The program is run by the lecturers of the University of Miskolc Media-, Moving Images- and Communication Teacher program. Notes On Dr. Béla Halmay by Eszter Török is screened in the Uránia room at 4 PM and repeated at 11:30 PM. Béla Halmay served as the mayor of Miskolc from 1935 to 1938. His grandson, Béla Honti talks about him and their family. Memories spring into existence via photographs and drawings. The film is followed by Q&A with the filmmakers.

György Gergelyffy and Bori M. Papp directed a personal reality film, Muzskolc, that invite the audience on a music-filled tram journey through Miskolc. Music and photographs, travelling and memories, Miskolc. The tram passes by emblematic locations, stopping at simple stations, telling the story of the city, and what it is like to live there. The program is framed by Miskolc and the journey itself. The film premieres at 4:30 PM in the Uránia and is repeated at 11:40 PM, right after the screening of Notes on Béla Halmay. The first screening is followed by Q&A.

In 2016 the CineNewWave program has been established as the competition program for short features and animations by young Hungarian filmmakers. The program aims to introduce the young directing talents to the Festival’s audience. The first block of the program starts at 5 PM in the Uránia room with Dániel Füzes’ The Buzz, Eszter Makláry’s Kata, Petra Pantyi’s My Breakfast is Your Dinner, Fábián Balogh’s Our House, Flóra Anna Buda’s Entropia (screened at this year’s Berlinale as well), and Panni Gyulai’s Broken Things.

In the framework of the Compass program new Hungarian documentaries are screened every year. This year the Festival screens Eszter Petrovics’s film Our Kodály’ at 6 PM in the Béke room. The film focuses on Zoltán Kodály’s childhood and early years and has the composer night of 1910 in its focus. The composer night included String Quartet No. 1, Nine Piano Pieces and Sonata for Cello & Piano. The fictional documentary does not try to reconstruct the event but reorganizes it in 2019. Some young musicians rehearse for this concert: Fülóp Ránki pianist, Gergely Devich cellist and the Kruppa Quartett. During the rehearsals the youngsters decided to learn more about Kodály’s past. They visit the places of his youth: Galánta and Nagyszombat. At both places they meet music historians and musicians. The screening is followed by Q&A.

At 6:15 PM in the Pressburger room starts the first competition entry of today, the American Saint Frances. The American Bridget Jones (yes, the name is Bridget) is 34. Identity and midlife crises attack in full force. She never wanted to have kids but becomes a babysitter. A small girl makes her realize that life is a series of responsible decisions. The winner of the Audience Award at SXSW is a heartwarming piece of work.

After the mixed reception of Solo: A Star Wars Story, Academy-award winning director Ron Howard turns to a topic that bounds to succeed. A film on the life and work of opera legend Luciano Pavarotti equals the jackpot even if it doesn’t do anything else then showing us the legend’s greatest performances. That could be satisfying in itself, but Howard does so much more. He shows us Pavarotti, the man. Pavarotti runs as part of the CineDocs program at 6:30 PM in the Zukor room.

The second block of the CineNew Wave program starts at 7 PM in the Uránia. This time with Balázs Dudás’ Two Lines, Levente Kölcsey’s Break, Rozália Szeleczki’s Since She Is With Me, Leila Jordi’s Little Spicy and Luca Tóth’s Mr. Mare that has been screened at the Berlinale this year.

At 8 PM the repetition of System Crasher starts in the Béke room. It is the heartbreaking story of Benni, a nine-year-old girl. The wild, love-hungry girl is what child protection services call a ‘system crasher’. Despite every effort of the system and its experts, she is expelled from everywhere due to her disturbing behavior. She is considered dangerous on her environment and herself as well. Benni has one single goal: she wants to go home to her mommy who forsook her. The film that has been awarded at the Berlin International Film festival could be a true story: it talks about children who, despite all efforts, do not fit into the system. Helena Zengel’s thrilling and mature film will stay with us for a long time.

One of the greatest craziness of this year’s Festival, the two-and-a-half-hours long Indian movie Gully Boy starts at 9 PM in the Pressburger room. It is a gripping coming of age story from the ghettos of Mumbai, with lots of music and emotions. We watch how Murad Ahmed, the poor university student turns into Gully Boy, the rapper. The most famous director of Bollywood, Zoya Akhtar (now taking on the Western style of filmmaking) came up with the Indian version of “A Star Is Born”. The result matches any American super productions.

Academy Award-winning director, Asif Kapadia is well known for his investigative documentaries with which he works toward uncovering the absolute truth. After Senna and Amy, Kapadia turns to another legend: Diego Maradona. The extraordinary portrait, that is screened at 9 PM in the Zukor room, shows us everything: the moments of incredible determination, the highs and lows of being an international superstar, the life of the God of Napoli, his relationship with gangsters and the moments of his downfall.

At 9:15 PM in the Uránia room the former CineFest Lifetime Achievement Award winner Agnieszka Holland’s new film Mr. Jones is screened as part of the Open Eye program. In March 1933, Welsh journalist Gareth Jones takes a train from Moscow to Kharkov in the Ukraine to cover the Ukrainian „prosperity”. After getting rid of his shadow at a small train station he sets off on foot on a journey through the country where he experiences at first hand the horrors of famine and oppression. Everywhere there are dead people, and everywhere he goes he meets henchmen of the Soviet secret service looking for suspicious people. They have strict orders to prevent news about the truth from getting out to the general public.

At 10:15 PM short features are in focus in the Béke room. The Fifth – and last – block of the Short Feature Competition Program, with Czech, French, Chinese-French, Spanish, Belgian, Dutch and British films.

The Midnight program is a traditional one at the CineFest. At midnight in the Pressburger room the legendary John Rambo, impersonated by the forever-fit Sylvester Stallone, returns for the fifth time to the screen. It is the last episode of the series that started in 1982. This time the Vietnam veteran who knows no fear is fighting against Mexican drug cartels. In Rambo – Last Blood John Rambo is trying to live a peaceful life in his farm in Arizona, although some inner-demons from his past still haunt him. One day María, the granddaughter of his housekeeper is kidnapped. Rambo decides to fight against the cruel Mexican sex- and drug cartel that keeps several girls in captivity. His helper in this brutal war is Carmen, who is searching for her younger sister. 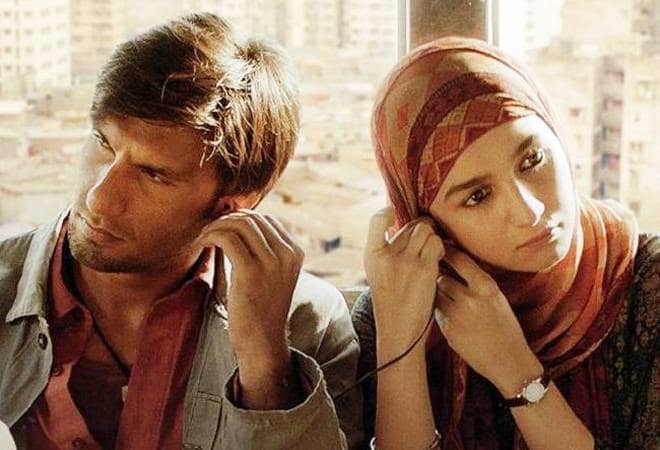