2021. September 17. Friday 08:46
It is day before the last and we have a Hungarian premiere again! Also, the controversial Palme d’Or winner that has a good chance to win Oscar comes to the CineFest, accompanied by the filmmakers.

Taming the Garden is part of the CineDocs competition program. A poetic documentary about trees and people, as well as the unbelievably complex ties between them. This visually stunning, slowly narrated film is much more than a manifesto for nature. The rural landscape and the sight of huge trees being relocated offer remarkable visuals on their own, but there is an extraordinary story also unfolding in the background: the carefully selected tree elders go to a rich collector who wants to create a special garden. The film has been part of the Forum program at the Berlinale and was also screened at the Sundance. Last chance! Tickets are sold for 400 HUF in the ticket office of the House of Arts or online.

Quo Vadis, Aida? has been nominated for Academy Award for Best International Feature in 2021 and now we can watch it in the competition program of the CineFest. With her film, Grbavica: The Land of My Dreams from 2006, director Jasmila Zbanic has already shown that she can talk about the traumatic experiences of the Bosnian war with extraordinary sensitivity. Quo Vadis, Aida? was made in an international co-production, with a very high budget and speaks shockingly about the Srebrenica massacre. In Srebrenica more than 8,000 Bosnian citizens were killed by Serb soldiers, with the UN peace keepers not only letting them do it, but assisting them. If you did not watch it yesterday, this is your last chance! Tickets are sold for 400 HUF in the ticket office of the House of Arts or online.

The Dissident by Oscar-winner director, Bryan Fogel is a breathtaking thriller-documentary combo. When Washington Post journalist Jamal Khashoggi disappears in Istanbul, his fiancée and dissidents around the world piece together the clues to a  murder and expose a global cover up. Fogel’s movie has been part of the festival circle since debuting at the Sundance – finally it arrived to Hungary as well! Tickets are sold for 400 HUF in the ticket office of the House of Arts or online.

The feature competition program of the first weekend brought the first, the second brings the second Hungarian entry to the audience. Similar to Wild Roots, Máté Bence Fazekas made his first feature film with the help of the Incubator program. Fazekas has previously won the CineNewWave at CineFest, so we are even more proud to host the premiere of Eviction. Eviction is a satirical film that tells the story of an epic struggle between a young, determined bailiff (Ákos Orosz) and a desperate old lady facing eviction. The story is condensed into one extremely long day. The eviction procedure, which seems simple enough, becomes more and more complicated due to the lady’s resistance, and more and more spectators and officials appear who has nothing to do there. The screening is followed by Q&A with the filmmakers. Tickets are sold for 400 HUF in the ticket office of the House of Arts or online.

Coming from the Berlinale to the Open Eye section of the CineFest Tina is about the queen of R&B. Tina Turner draws back the curtain to invite us into her private world in a way she has never done before. Revealing her innermost struggles, and sharing some of her most personal moments, Tina is the defining and inspirational record of one of the greatest survivors in modern music. Tickets are sold for 400 HUF in the ticket office of the House of Arts or online.

In Red Rocket, Mickey comes home from Hollywood to his hometown of Texas, where a former life and a hostile environment welcomes him. Mickey tries to reintegrate, but it doesn’t work: he has been a famous porn star for twenty years, so no decent job is available for him. He is left to enter the weed business. Meanwhile, he is trying to find a new talent/ love, which he seems to succeed in when he meets the eighteen-year-old Strawberry. Sean Baker’s (Tangerine, Florida Project) new film has been part of the competition program in Cannes and is rumored to have a good chance to win the Academy Award. The same goes for Simon Rex, who plays Mickey. The former MTV VJ is really proves himself in this movie. The screening is followed by Q&A with the filmmakers. Tickets are sold for 400 HUF in the ticket office of the House of Arts or online.

The Greek film, Apples from the competition program has been entered by Greece to the Academy Award selection. It has not been selected, but the Christos Nikou’s first feature was screened at several prestigious film festivals, the Venice and Toronto IFF among them. Amidst a worldwide pandemic that causes sudden amnesia, middle-aged Aris finds himself enrolled in a recovery program designed to help unclaimed patients build new identities. The daily tasks are recorded on cassette tapes, so the patients can create new memories while they are also documented on camera. Aris slides back into ordinary life, meeting Anna, a woman who is also in recovery. A sci-fi that suddenly becomes reality in a lot of ways.  Last chance to watch it! Tickets are sold for 400 HUF in the ticket office of the House of Arts or online.

Károly (Zsolt Nagy) has a bad day. A very bad one, maybe the worst of his life.  The problem that makes Károly’s life so difficult has started a few decades ago. Now Károly starts a long angry monologue in which he reflects every single moment that led to the situation of today. Tantrum by Levente Nagy Borús is part of the Open Eye section. It is a one-shot cinema that is a real challenge for an actor. Zsolt Nagy said that it was the bravest move of his career to participate in the project. The screening is followed by Q&A with the filmmakers. Tickets are sold for 400 HUF in the ticket office of the House of Arts or online.

One of the most anticipated film of the festival is Titan in the Open Eye section. The winner of this year’s Palme d’Or in Cannes is screened late not without reason. It is a controversial, sometimes even shocking work – and that is all we are saying beforehand! The main character is played by the genius French actor, Vincent Lindon who for years (!) has been working out to prepare for the role physically. Tickets are sold for 400 HUF in the ticket office of the House of Arts or online. 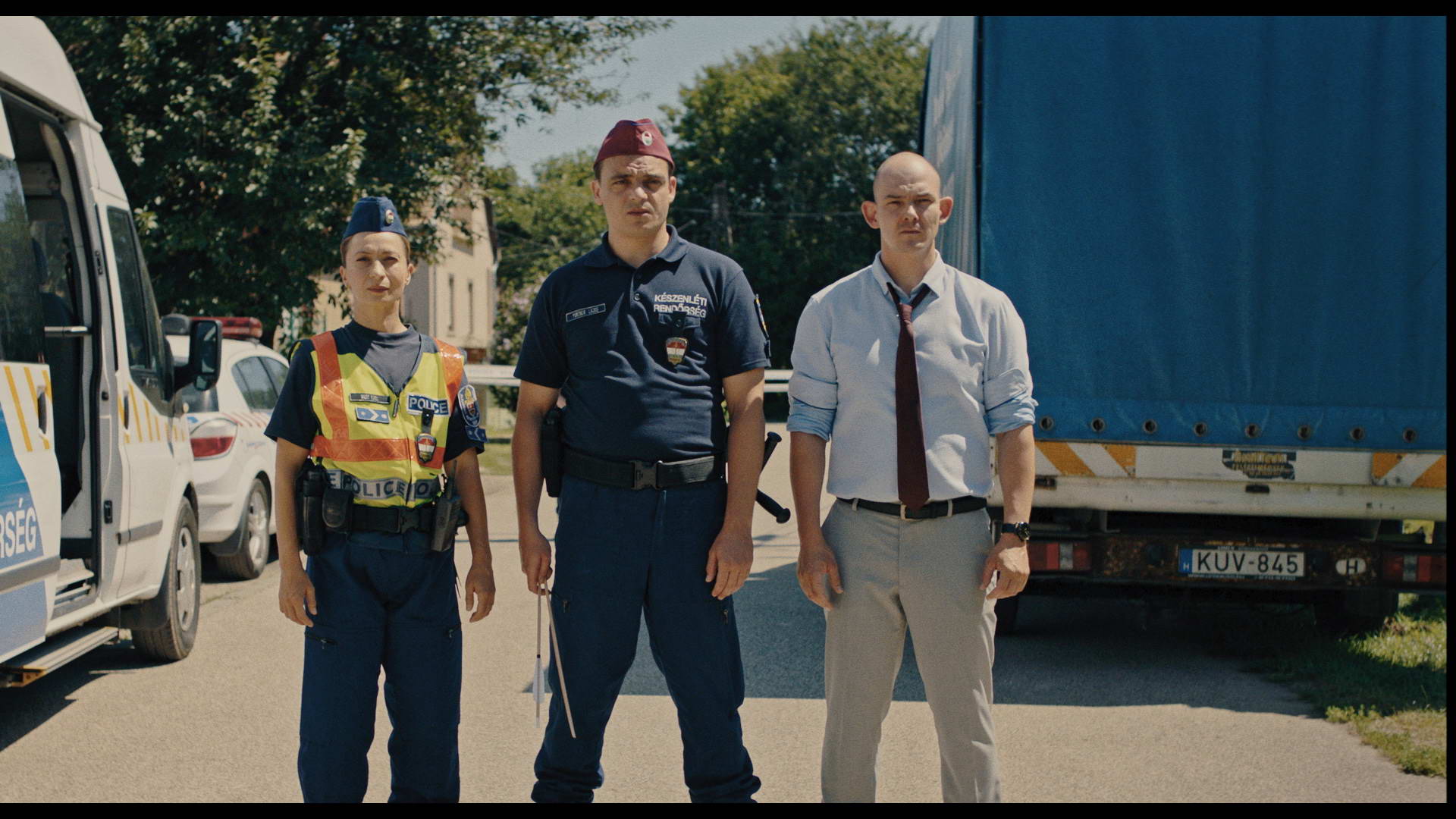