2022. September 16. Friday 09:10
On the day before the last, Noémi Veronika Szakonyi’s powerful feature debut, Six Weeks, which was in competition in Sarajevo a few weeks ago, will make its Hungarian debut, while Romanian drama Immaculate, a journey to a drug rehab, and 99 Moon, a sex-fueled drama, are sure to divide audiences.

Best friends Dylan and Youssef dream of becoming professional football players. When Dylan ends up in a wheelchair following an accident, he must come to terms with his new life. His dad – and former coach – wants him to accept his disability and keep football from his life, but Dylan is determined to play again. Bigman is a story about true friendship and striving to win a final in the last seconds of the game. Tickets are available for 650 HUF and best bought in advance.

Ali Abbasi’s Iranian thriller, made in Jordan with Swedish money, is a stunning film in many ways. On the one hand, it tells the true story of a deeply religious Muslim serial killer who kills prostitutes in the name of “purification”. Iranian-born film star Zar Amir-Ebrahimi, winner of the Best Actor prize at Cannes, plays Rahimi, a journalist who tracks down the killer instead of the authorities. How? By posing as a prostitute. “I’m sorry, but journalists are a boring two-dimensional characters. Of course, in reality, the journalist was not dressed as a prostitute, I made that up.” – said the director. At the end of Holy Spider there is a social critique hard to wake up from. We will be looking for the answer for a long time: can violence be sanctified? Tickets for the screening (which is also the last screening of the film at the festival) are available for 650 HUF and should be purchased in advance.

Noémi Veronika Szakonyi’s astonishing first feature Six Weeks made its debut in the competition program of the Sarajevo International Film Festival in mid-August and will be screened in Hungary for the first time at the CineFest. Inspired by early Dardenne classics, the film tells the story of a teenage girl, Zsófi, who lives in difficult circumstances. After she becomes pregnant, she decides to give her daughter up for adoption to a couple who have been waiting for a baby for years. Although at first she feels she has made the best decision, after giving birth she becomes unsure and considers the possibilities of motherhood. The law gives her just six weeks to change her mind. The main character is played by Katalin Román, the adoptive parents by Móni Balsai and András Mészáros. Tickets are available for 650 HUF and should be purchased in advance.

In his documentary, The Forest Maker, Volker Schlöndorff, acclaimed director of the Palme d’Or-winning The Tin Drum, and The Ogre, paints a portrait of Tony Rinaudo, recently awarded the so-called Alternative Nobel Prize, the Right Livelihood Award. Rinaudo has found a way to “wake up” the still-living tree trunks and roots that have been dormant for decades, and grow trees in the most barren areas, providing a livelihood for thousands of African farmers. Schlöndorff follows Tony Rinaudo to various African countries to witness the impact his work has had in the fight against desertification. Tickets are available for 650 HUF and best bought in advance.

Kata Oláh and Sándor Csukás made a touching film about the legendary Hungarian Olympic athlete Ágnes Keleti. The film, Conquering Time – Ágnes Keleti tells the story of Ágnes Keleti, the five-time Olympic champion, world champion gymnast, forty-six-time (!) Hungarian champion and seven-time team champion gymnast. She shares her memories and we can also see some never-before-seen archive footage. Now 101, Ágnes Keleti is the oldest living Olympic champion. She survived some of the most difficult years of the 20th century, and her greatest Olympic success came in 1956, when she won the Olympics in three individual apparatus finals (floor exercises, balance beam and uneven parallel bars) and also was part of the gold-winning Hungarian team in the portable apparatus event. This Hungarian-Israeli co- production, which is being presented for the first time in the world, is not only a single life story, but also a subjective chronicle of Hungarian history of the previous century. Tickets for the screening (which is also the last screening of the film at the festival) are available for 650 HUF and should be purchased in advance.

Telling the story of a teenage girl’s time in rehab for heroin addiction in clean, sophisticated frames in 4:3, Immaculate is a proof again that Romanian cinema is bursting with boundless new energies and unexpected emotions. Screened in the selection of the recent Venice Festival Giornate degli Autori (Venice Days), the film won the Lion of the Future Award for Best Debut and makes its Hungarian debut at the CineFest. Tickets are available for 650 HUF and best bought in advance.

The director of Oldboy and The Handmaiden, Park Chan-wook won the Best Director award at Cannes this year for Decision To Leave, a film that fuses the atmosphere of classic noir with South-Korean cinema and, of course, Park’s own style. The story’s protagonist, detective Hae-jun, works on the case of a mountain climber who has fallen off a cliff, and in the course of solving the case he meets the mysterious and attractive widow Seo-rae. During the interrogations, they grow closer and closer. Tickets for the screening (which is also the last screening of the film at the festival) are available for 650 HUF and should be purchased in advance.

A girl who loses her parents in an accident faces a difficult dilemma. Must she choose between living her life and raising her little brother? The Chinese film, Sister is part of the Open Eye program, and has previously been a hit at Asian film festivals. Yuanyuan Zhu has won awards for Best Supporting Actress and Zifeng Zhang for Best Actress in a Leading Role. Tickets for the screening (which is also the last screening of the film at the festival) are available for 650 HUF and should be purchased in advance. 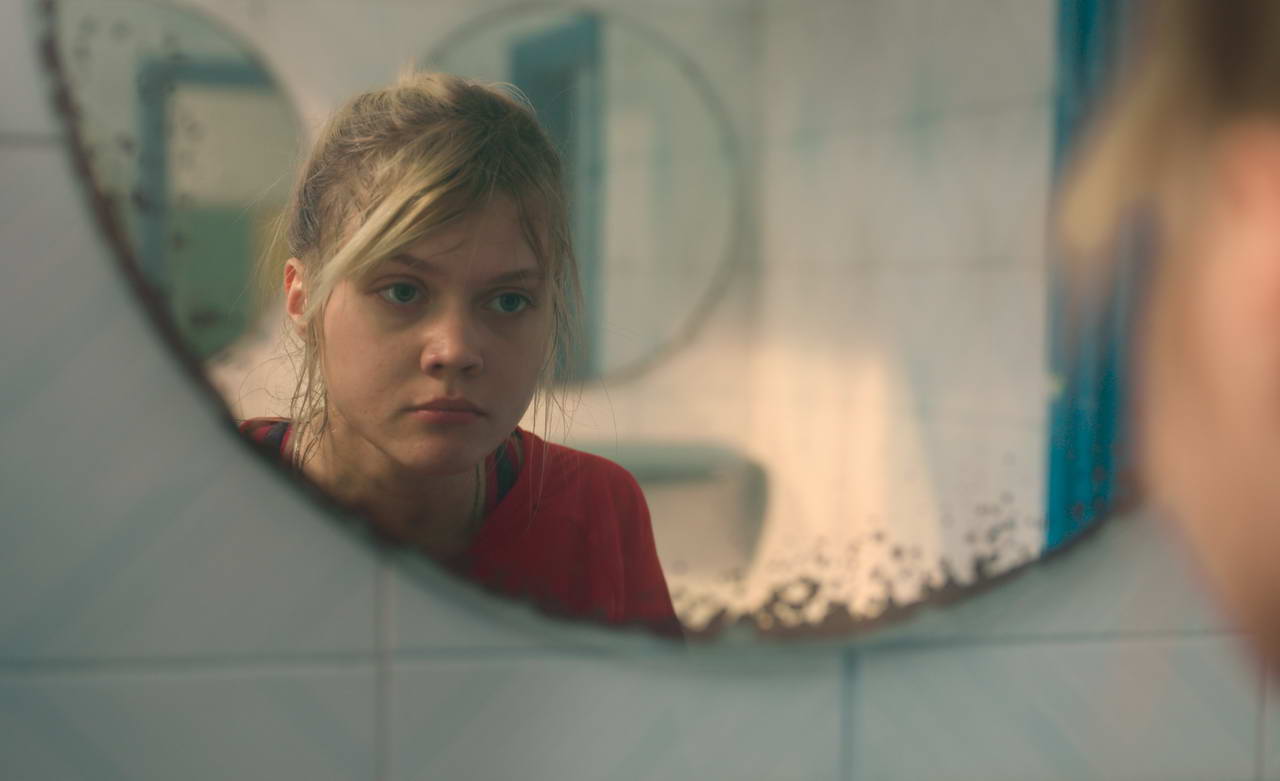