2019. September 15. Sunday 16:02
The aim of the “Our home – Miskolc” program is to bring the work of local artists into focus. Every year the organizers of the program look for new or already established talents to uncover stories from Miskolc and Borsod. This year the program offers real gems.

Every year the CineFest offers a scholarship to one talented student of the University of Miskolc, Department of Cultural and Visual Anthropology to realize his/her film project. This year the grantee has been Eszter Mucsi. Her film ‘Goulashsushi’ premieres on the 17th of September at 6 PM in the Béke room. It portrays 8 Hungarian artists who became successful thanks to their profi ciency in Japanese art. What do Hungarians and Japanese people think about their work, and can we consider their art Japanese, or has it been “Hungarianized”?

Notes On Dr. Béla Halmay by Eszter Török is screened in the Uránia room on the 18th of September at 4 PM and repeated at 11:30 PM the same day. Béla Halmay served as the mayor of Miskolc from 1935 to 1938. His grandson, Béla Honti talks about him and their family. Memories spring into existence via photographs and drawings. The film is followed by Q&A with the filmmakers.

György Gergelyffy and Bori M. Papp directed a personal reality film that invite the audience on a music-filled tram journey through Miskolc Music and photographs, travelling and memories, Miskolc. The tram passes by emblematic locations, stopping at simple stations, telling the story of the city, and what it is like to live there. The program is framed by Miskolc and the journey itself. The film premieres at 4:30 PM and repeated at 11:40 PM at the same daym, right after the screening on Notes on Béla Halmay. The first screening is followed by Q&A.

‘Cremona Violins, Miskolc-based Musicians’ is directed by László Kerényi returning to CineFest once again. His newest film is about Cremona and Miskolc’s musical connection, and a special guest performance. Egressy-Erkel Music School’s Youth Symphonic Orchestra (conductor: Péter Pál Gergely) was invited to perform in Italy, Cremona in 2017. Cremona is the homeland of very famous violin makers; currently 160 of them are working there trying to follow in Stradivari’s tracks. Miskolc’s Young musicians were contacted by Cremona-based Hungarian violin maker, István Kónya, who is known by locals as Stefano Conia. The 2017 concert’s specialty was that the orchestra’s stringed instruments (cellos and violins) were constructed by Cremona’s master violin makers. The film is followed by Q&A.

The Our Home – Miskolc program is run by the Department of Cultural and Visual Anthropology at the University of Miskolc. 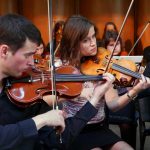 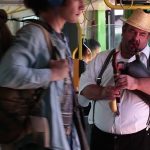 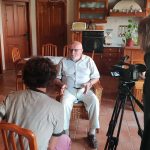